A new update to the ever popular jailbreak tweak Springtomize 3 has been released that brings support for the latest and greatest version of Apple’s mobile operating system, with iOS 8.1.1 having recently been jailbroken by the TaiG jailbreak.

This new version of Sprintomize 3 was outed by developer Filippo Bigarella earlier today via his Twitter account, and carries the version number 1.3.0-4. It’s also a free update for anyone who already owns Springtomize 3, so you’re good to go download the update now. 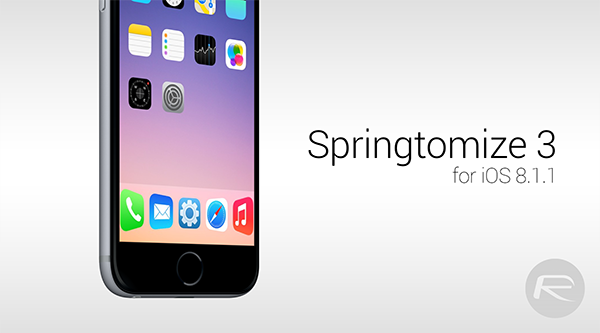 It’s more than just a case of adding support for TaiG though, because this new update also includes a handful of bug fixes that will be music to the ears of anyone who happens to have been suffering from any of the issues outlined in the release notes.

– “Hide Updated” not working on iOS 8.1
– Hidden icons not being handled correctly in some cases
– Unsupported warning showing too many times in case the device was running an unsupported OS version
– Dock icons overlapping on the iPad
– AirDrop/AirPlay Control Center views overlapping on the iPad
– Error handling some kind of settings
– Lock animation freezing when double tapping the sleep button

For those who some how don’t know what Springtomize brings to the table, it’s probably the best $2.99 you’ll ever spend in Cydia. Able to customize just about anything in iOS running on your iPhone or iPad, Springtomize 3 is the latest in a line of tweaks that has allowed users to fiddle with things like the lock screen, how folders work and even what is displayed in the standard iOS status bar. Considering it costs less than the price of a coffee, you’ll probably get much more use out of Springtomize than you would your average cup. 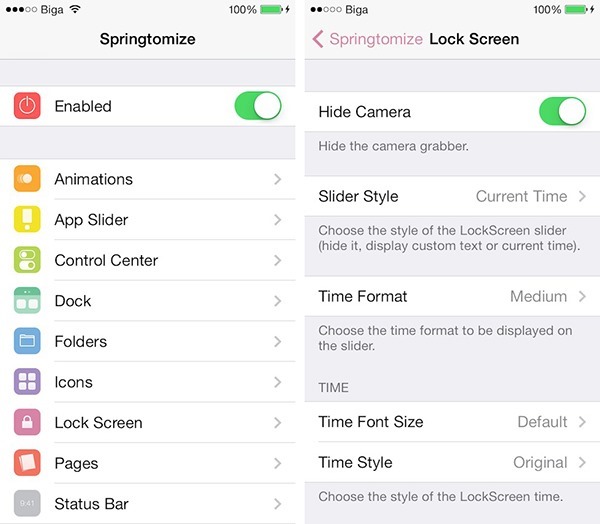 Be sure to check Springtomize 3 out right now from the BigBoss repo in Cydia. And do let us know in the comments section what you think about the update.