Springtomize 3 For iOS 8, iPhone 6, iPhone 6 Plus Finally Released, Go Get It Now

Filippo Bigarella’s famed Springtomize tweak has, in recent years, established itself as the go-to utility for modifying hundreds of little aspects of Apple’s iOS operating system. Be it an aesthetic annoyance, such as a status bar entry that won’t disappear, or a functional limitation, Springtomize operates as an all-in-one service that essentially combines the prowess of dozens of other tweaks, nullifying them in the process, and having already announced an updated version of Springtomize 3 for iOS 8, the author has now gone and rolled it out.

As a long-time jailbreaker, Springtomize pretty much changed the way I interacted with iOS when I first ran into the original version. There was a time, many moons ago, when I’d keep a list of all the tweaks I used, so when the jailbreak eventually came around, I could reinstate my previous setup. As any jailbreak fan will know, reinstalling a bunch of tweaks even on the same device after a restore seldom passes without issue, and with the law of averages stating that more installed tweaks would increase the likelihood of problems like crashes and conflicts arising, Springtomize arrived as more than just a convenience. 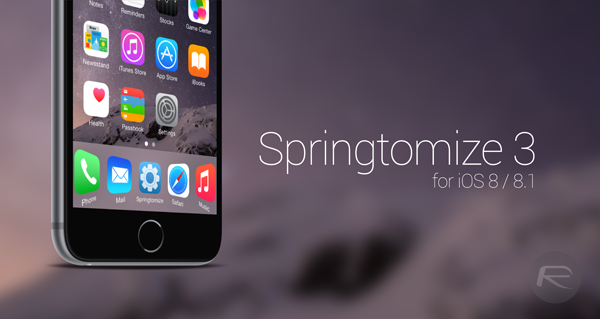 Smooth in operation, I could readily alter the way my device looked and ran, and with Springtomize 3 now updated for iOS 8.0-8.1, it’s more of the same. From folders to icons, dock to status bar, there’s very little that Springtomize 3 cannot get to, and if you’ve become reliant upon this tweak during your own jailbreaking endeavors, then version 1.3.0-1 is waiting to be snapped up from the BigBoss repository. 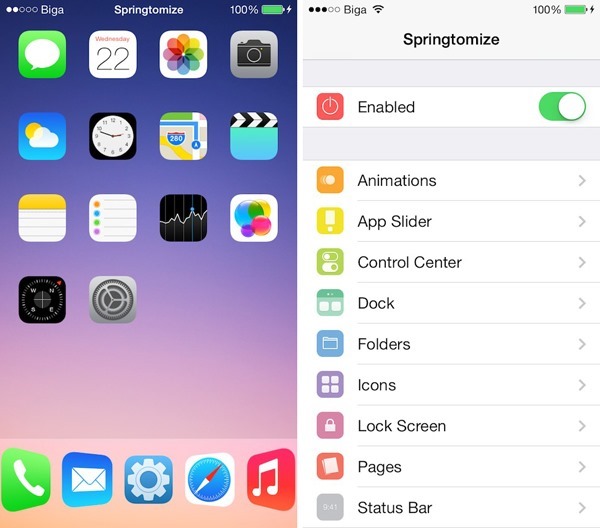 At the cost of $2.99, it’s absolutely worth its fee, and as well as playing nicely with the new iOS 8 software, this version is also compatible with iOS 7. 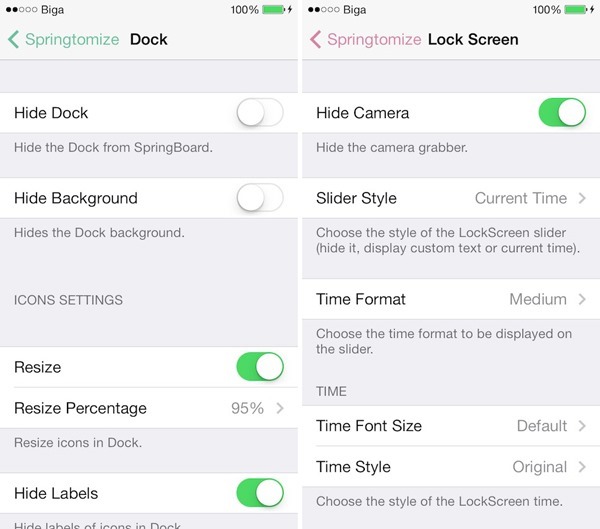 So, if you’re a Springtomize fan, be sure to grab what is perhaps one of the few mainstay tweaks not to have been updated before now.