The only thing missing from the Pangu jailbreak for iOS 8 / 8.1 has been the Mac OS X version, and as promised, the Chinese outfit has delivered for those running OS X. If you happen to own a Mac, and want to jailbreak your iPhone and iPad, we’ve the step by step tutorial all under one roof.

As was the case with Pangu8 for Windows, the newly-dropped edition for Mac is compatible with iOS 8.0 all the way through to iOS 8.1, although the upcoming iOS 8.1.1 will put paid to any jailbreaking for the time being. 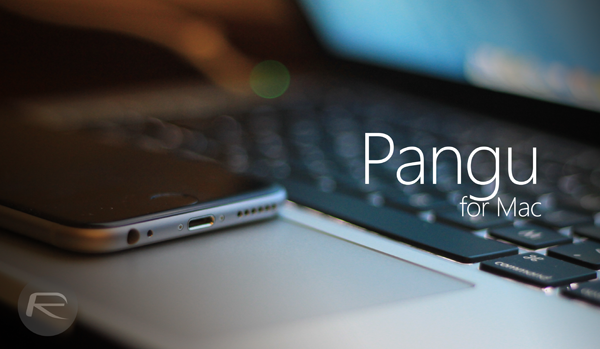 Despite the obvious delay, there are one or two benefits to be reaped by those who’ve patiently waited for Pangu8 for Mac to manifest itself. Notably, you won’t have to jump through hoops with manual installations of Cydia and whatnot, and the all-in-one process we’ve accustomed ourselves to over the past few years is once again in full swing.

Without further ado, here are the steps.

Make sure your device is running some flavor of iOS 8. Ideally, this will be the latest iOS 8.1 (download iOS 8.1 from here), and rather than updating through the iOS OTA system, perform a restore through iTunes to avoid any issues down the line.

Also, and as you should ensure before meddling with your device in any way, take a backup before proceeding. The very nature of jailbreaking means that risk essentially comes with the territory, and so use iTunes or iCloud (Settings > iCloud > Storage > Backup and turn on iCloud Backup) to cover yourself.

Finally, download and install iTunes 12.0.1 or newer, and leave it running throughout the procedure.

Pangu8 for Mac supports every iOS device running iOS 8.0 through iOS 8.1, but for the sake of clarification, here’s the run-down:

How To Jailbreak iOS 8 / 8.1 Untethered Using Pangu8 for Mac

Step 3: Once it’s running, connect your device to your Mac via USB.

Step 4: Hit ‘Start Jailbreak’, then ‘Already did’, and let Pangu work its magic. Please note that your device will reboot a few times as the jailbreak is applied. 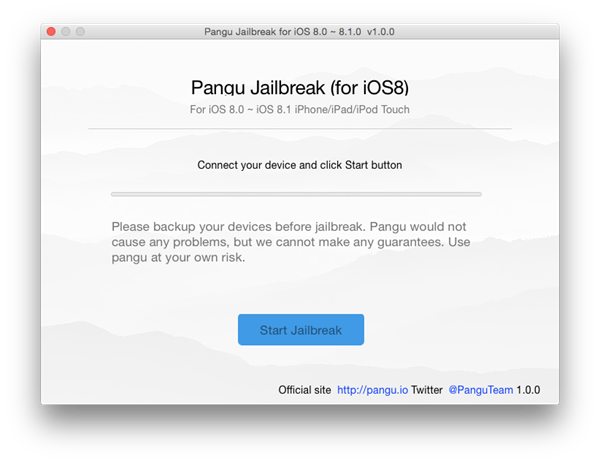 Step 5: After a few moments, and all going smoothly, you’ll be met with a ‘Jailbreak succeeded’ message, which, in no uncertain terms, means that you’ve managed to join the ranks of the iOS 8 jailbreakers with, we hope, very little incident. 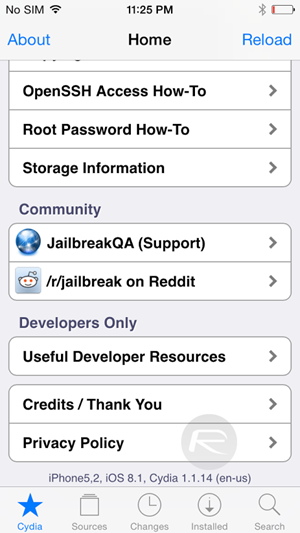 As aforementioned, Mac users don’t have to take the lengthy route involving a separate Cydia install which Windows users faced in the initial release, and with the numerous updates that have been made to Cydia since Pangu8 first broke, those who have held fire are less likely to encounter the problems that beset some of those who hopped aboard right away.