How To Enable Apple’s Internal Hidden Settings In iOS 8

Being able to play around with the tools and toys that Apple uses when testing iOS devices is often the kind of thing that we can only wish for, but with iOS 8 it has become clear that the iPhone and iPad maker has failed to hide its advanced settings and options as well as it usually does.

A new jailbreak tweak called AdvancedSettings8 has popped up on Cydia that manages to unlock all of the extra settings that Apple uses during its internal testing, giving us mere mortals a glimpse at the kind of things developers and engineers inside the company get to use. While many of them are innocuous, others are much more interesting. 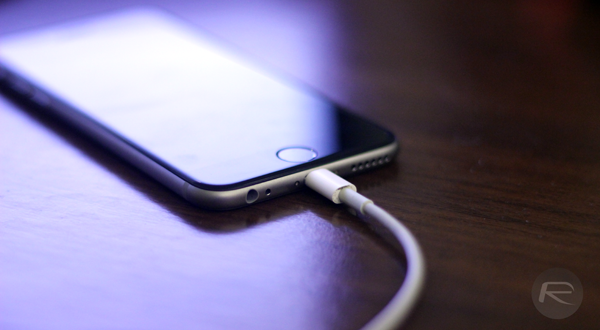 Gaining entry to the extra settings is a simple case of installing the aforementioned tweak and then tapping and holding on the Settings icon on your Home Screen. You’ll then be transported to something that looks suspiciously like the Settings app that you’re used to, apart from it will have a whole host of options that you’ve never seen before. The options are so plentiful that we aren’t going to tell you what they all do here – partly because we don’t want to ruin the fun of playing with them all. Suffice it to say that you should find enough to keep you occupied for a wee while at least. 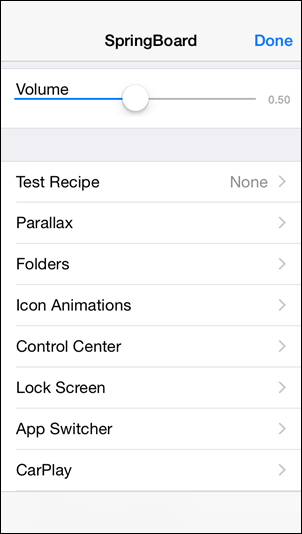 The downside here is that none of the settings altered will save beyond a reboot, though that may or may not be a good thing depending on what you change and whether something goes awry or not. We’re more than capable of changing settings that break something and then forgetting what we changed, so having everything able to be reset by a restart sounds just dandy to us. 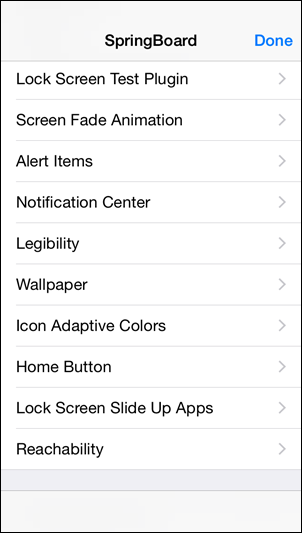 If you’re jailbroken and running iOS 8. you’ll probably want to give this a quick whirl at the very least. It’s free, by the way, available on the BigBoss repository on Cydia by the name of AdvancedSettings8. 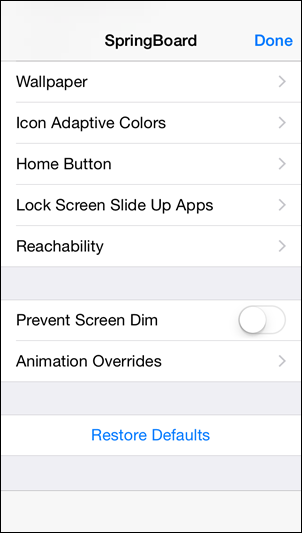