Charging things while we’re on the move probably isn’t something that most people need to consider right now. But one day – hopefully soon – things will change, and we’ll all be as mobile as ever. That’s when something like a battery pack can come in super handy, with EasyAcc offering one that even has a Lightning cable built into it.

The EasyAcc 6,000mAh portable charger normally sells for around $17, but if you enter our super special discount code you’ll pick it up with a massive 55% discount. That brings the price down to just $7.60, making this one hell of a bargain for anyone who needs to make sure their iPhone is powered while on the move. 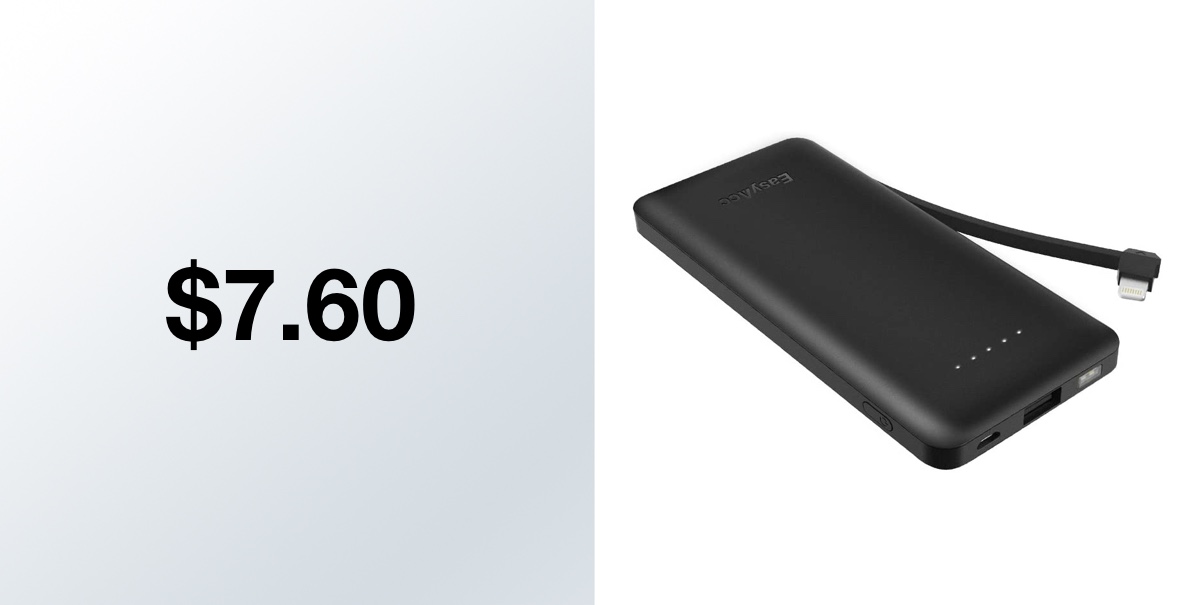 This discount code will run until May 25 so you don’t have too long left to take advantage of it. We don’t know how well stocks will hold out either, so that’s probably another good reason to get your orders in soon before it’s too late.

There is a lot to like about this particular charger, starting with the built-in Lightning cable. That ensures that you’ll never be left wanting for a cable when there’s an iPhone in need. Or an iPad, for that matter. Don’t worry though – there’s still a standard USB-A port for charging anything else that tickles your fancy. 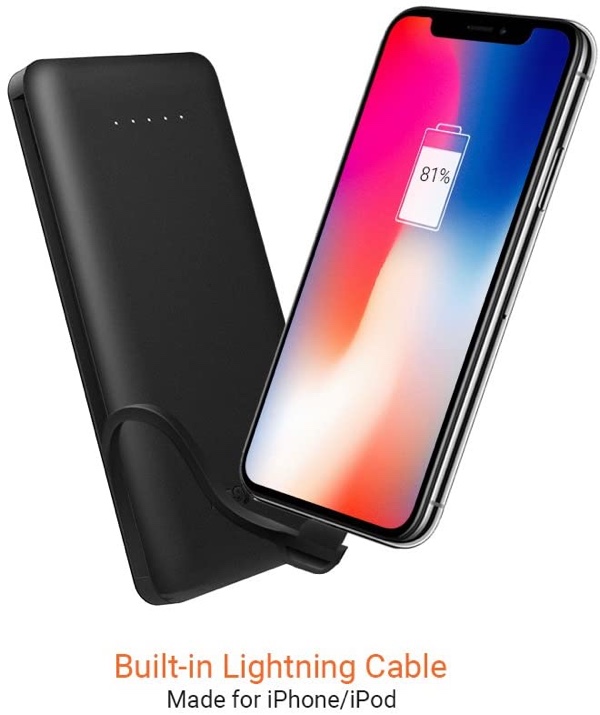 With its 6,000mAh battery, you’ll be able to power most phones more than once making this an excellent battery pack to throw into a bag whenever you leave your home. There’s even a flashlight in case it – you know – gets dark or something.