Apple’s Latest iPad mini Can Be Yours For Just $349, Its Best Price Yet

Amazon is the place to go if you’re in the market for a new Apple iPad mini. Right now the retailer is selling the tablet, Apple’s latest small offering, for just $349.99. Normally it would sell for around $400, and this is the best price we’ve seen this particular tablet sell for.

The deal is only available on the Space Gray color, and stocks aren’t plentiful at the moment, either. You’ll need to wait a few days for your new tablet to arrive, but isn’t it worth the way to save a cool $50? We’d say so.

There isn’t much to be said about the iPad mini that isn’t already very much common knowledge. It’s Apple’s smallest iPad and is a great tablet for kids who want to be able to catch up on their favorite shows. It can also be used for homework once it’s paired with a Bluetooth keyboard as well.

The display runs at 7.9 inches and it features Apple’s True Tone technology that makes sure everything looks right no matter the temperature of ambient lighting. Security is taken care of by the built-in Touch ID sensor, too. 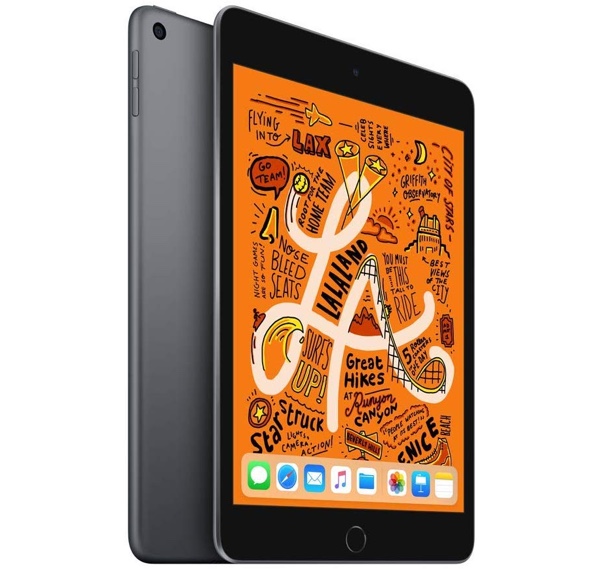 Users can expect their new iPad to run around ten hours between charges, and while you probably won’t use it tons, the 8-megapixel camera around the back is certainly good enough for most people.

We’re big, big fans of Apple’s iPad mini and still think it’s one of the best iPad options for most people. Especially if they don’t need something larger. Hopefully one day we’ll be treated to one that folds in half, but there’s one thing for sure – it won’t cost $349.99 then!