Apple Working On A TV Show Based Around Apps

Apple is said to be working with Will.i.am and TV executives Ben Silverman and Howard T. Owens to create a new TV show that is based around the App Store, according to new reports.

The show, of which there are almost no details currently in circulation, will “spotlight the app economy,” according to The New York Times. 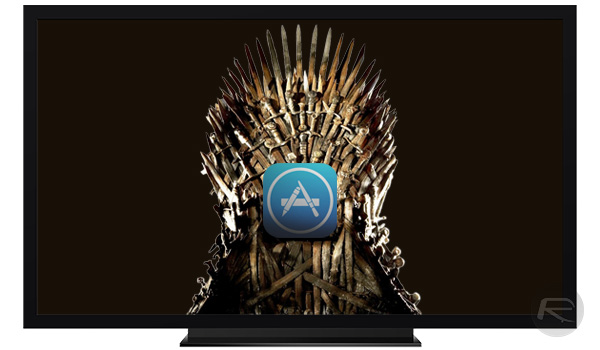 With Apple already working on a show going by the name of Vital Signs that will feature Beats co-founder and Apple executive Dr. Dre, Apple’s Eddy Cue is quick to tell the world that the new show(s) are not a sign that Apple will be venturing further into the TV show market.

“One of the things with the app store that was always great about it was the great ideas that people had to build things and create things,” Eddy Cue, Apple’s senior vice president of Internet software and services, said in an interview.

“This doesn’t mean that we are going into a huge amount of movie production or TV production or anything like that,” Mr. Cue said. He added that the company would continue to explore exclusive projects similar to the series about apps or its push into music programming.

As for the show itself, it’s unclear whether it would be an Apple TV exclusive or would also be available to watch on other devices, but we see no real reason for the latter to be true. Apple’s existing TV and movie catalog can be viewed anywhere, whether that be Mac or iOS-based, so we see no good reason for Apple’s own in-house content to be any different.

With no information available regarding storylines, locales, timeline or even episode length, all we really know is that Will.i.am and TV executives Ben Silverman and Howard T. Owens are set to be involved. Recording artist and general tech-lover Will.i.am will add some glitz to proceedings, while the App Store TV show concept was pitched to Apple by Ben Silverman of The Biggest Loser, Marco Polo, and Flaked fame.

We expect to learn more about the App Store TV show as time rumbles on and people start to become loose-lipped. Until then, though, can we just concentrate on Game of Thrones, please?