Apple today released two new versions of its latest beta releases for both watchOS and tvOS, although technically one of them is a re-release rather than something new altogether.

The fourth beta of watchOS 3.2.3 is now available to download for all developers, while an updated version of the tvOS 11 beta 2 is now also up for grabs. 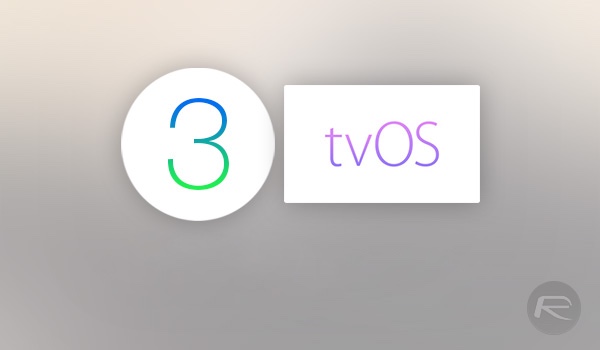 Starting off with watchOS, this fourth beta of the upcoming 3.2.3 software comes a couple of weeks after the third iteration, and over a month after watchOS 3.2.2 was made available to the public. There is no public beta offering for watchOS updates, so developers can get their hands on it by updating through the Watch companion app on the iPhone.

For the beta to be installed the Apple Watch needs to have at least 50% of its battery remaining and it must be placed on the charger at the time of update. These restrictions are in place for one simple reason – watchOS updates cannot be downgraded once applied.

Moving onto tvOS 11, the second beta release carries build number of 15J5310h, compared to 15J5310e for the original version of second beta which was only released this past Wednesday. It is not known yet why Apple felt the need to re-release the software, although it is not unheard of for a beta to go through this process if an issue is identified which requires addressing before the next beta release window arrives. Developers can get their hands on this new update via the usual iTunes-based update process when they plug their Apple TV into a computer via a USB cable.

Both of these new updates continue the onslaught of beta releases that always follow Apple’s WWDC event. Earlier today, Apple also pushed out tvOS 11 public beta 1 for those registered on the company’s Public Beta Software Program.