iPhone 3GS certainly is the most popular and hottest phone out there is, and with Sony Ericsson set to launch their Android based Xperia X10 in February next year, stage is all set for a yet another battle between an Android set with iPhone. We were obviously excited when Sony Ericsson officially unveiled the specs for Xperia X10, and so we just couldn’t resist, but to perform a head-to-head comparison between Xperia X10 and its contemporary, the iPhone 3GS. So here it is, a comparison chart which attempts to reveal the winner among the two high profile handsets. 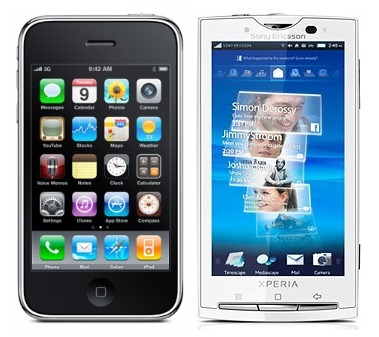 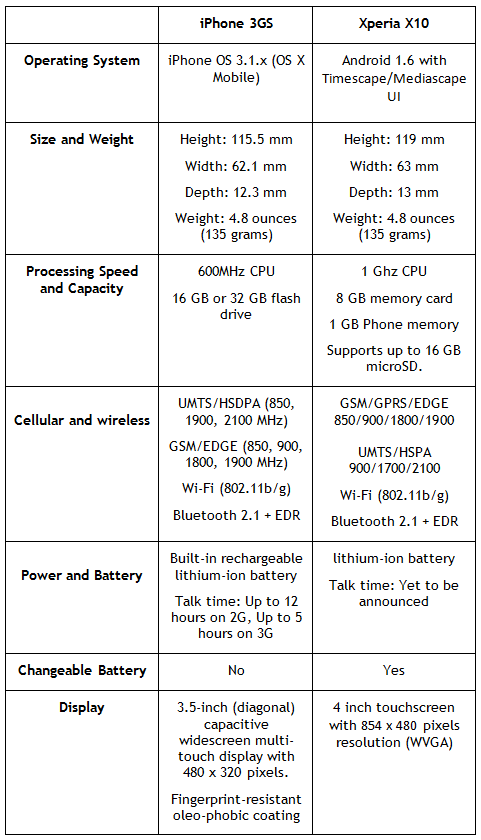 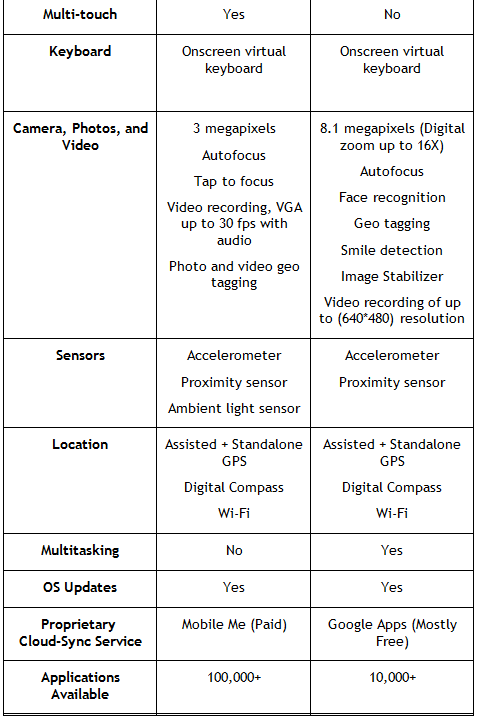 As you can clearly see from the comparison chart above, it really drills down to what the end-user wants from his or her phone. If you want a phone with high quality camera, then Xperia X10 is the answer since it boasts of 8.1 megapixels autofocus camera. On the other hand, one clear advantage that iPhone has over Xperia X10 is its huge number of apps offering, which is a big attraction for most users. But when it comes to sheer hardware power, Xperia X10 comes out as a clear winner since it is powered by the monstrous Snapdragon 1 GHz Processor. So it really comes down to what you want from your phone and which platform are you more comfortable with. If you are already sold into the Apple eco-system, then surely iPhone 3GS is the way to go.

You may also like to check out the comparisons between:

So which one are you going to go for? Let us know in the comments section below.