The impressive rate at which new mobile phones are entering the cell phone arena sometimes creates a state of confusion for consumers about which one to get. More often than not, they find themselves in a situation, where they are unable to decide which mobile phone to go ahead with. With Sony Ericsson set to unveil Xperia X10 early next year, it is surely going to bring some competition within the Android camp. Motorola Droid is at the moment at least the Android phone of choice followed by HTC Hero and the likes. Xperia X10 or Motorola Droid is a question that is sure to surface once Xperia X10 hits the market in February next year. 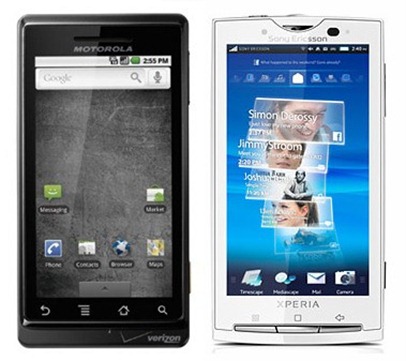 Below is a quick showdown between the two high profile Android devices showing how the popular Motorola Droid stands against Sony Ericsson Xperia X10: 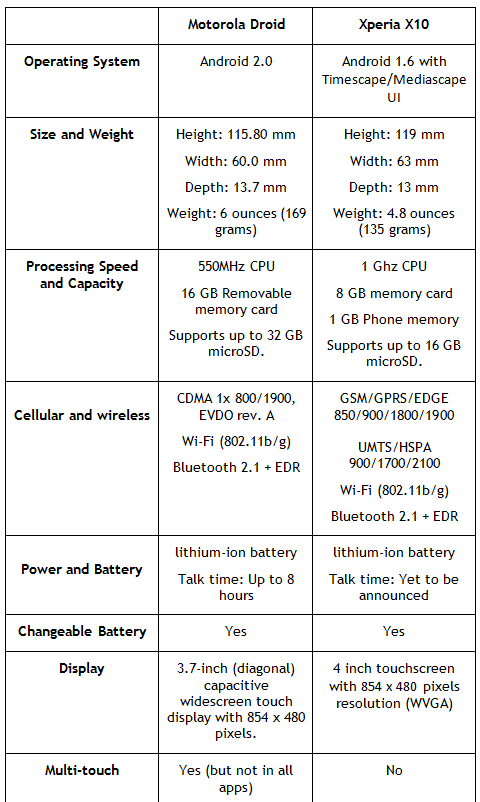 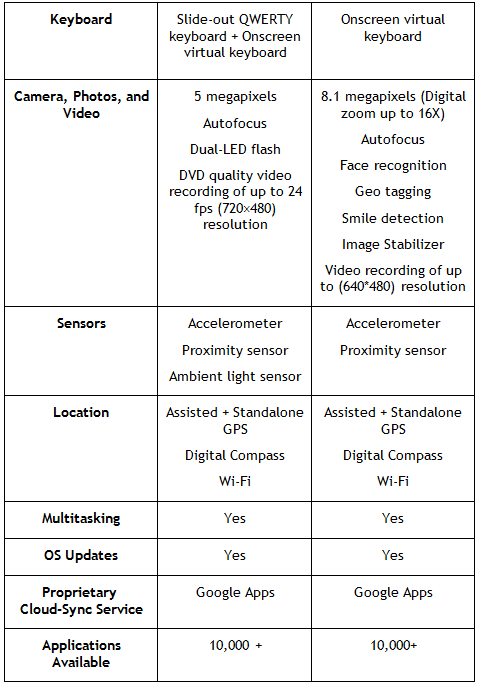 Looking at the above comparison chart, it is pretty clear that if you want a phone with an increased depth and higher quality camera (8 MP) along with rich multimedia and user experience, then Xperia X10 is your device. Xperia X10 will be upgradable to Android 2.0 and Sony Ericsson has already stated that they have plans to bring multi-touch support to the device as the hardware is fully capable of it. So it may not be too long before you will able to enjoy all the goodies on Xperia X10 that comes in Android 2.0, like universal inbox for example. On the other hand, Droid has full QWERTY physical keyboard along with exclusive Google Maps app with Navigation. In the end, it may comes down to choosing and prioritizing the features that you want in your phone before making your final decision.