Motorola Droid – the first phone from the DROID series was unveiled today in a press conference held by Verizon Wireless. Droid will be the first phone to be powered by the new Google Android 2.0 operating system and will be available, starting from Nov. 6th for $199 (after a $100 rebate) with a two-year contract on Verizon. Below is a quick rundown on how Motorola Droid stands against the ever so popular iPhone 3GS. 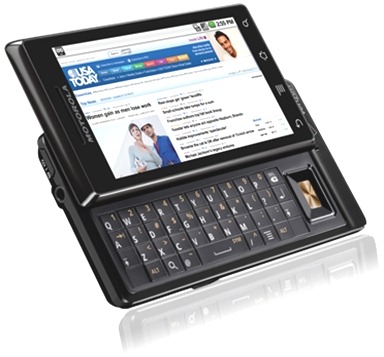 Motorola’s Droid is the first Android-based handset on Verizon and has been hyped a lot, thanks to “iDont, Droid Does” ad campaign, but I still don’t think it will hurt or chip away from Apple’s iPhone 3GS sales anytime soon. In the end, we, the consumers are all going to be the winners. Lets just wait and see whether the device lives up to the consumers expectations or not.