Video Tour of Android 2.0 in Action

The search engine giant Google has officially unveiled their new Android 2.0 platform today which brings in lots of new enhancements to the open source operating system. Developers can now go ahead and download the new SDK to start developing and testing their apps against the new platform. 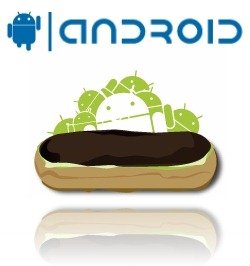 Some of the new features in Android 2.0 include:

and lots of other improvements. For a detailed list of change log, you can visit Android 2.0 Developers page here.

Google has also put together a small video which shows a preview of all these new features in action:

Android 2.0 will be featured on handsets starting from the highly anticipated Motorola Droid in November 2009, which everyone is quoting as the iPhone killer. HTC is also set to release HD2 next month – the first multitouch Windows phone which will run on Windows Mobile 6.5 with HTC Sense on top of it.

November is going to be a month to watch out for! It will be interesting to see which mobile platform comes out on top!