Verizon with its “iDont, Droid Does” advertising campaign has been ruthlessly targeting Apple iPhone, including Apple’s CEO Steve Jobs personally with its recent ad in Sports Illustrated magazine last week. These Droid ads clearly shows how desperate Verizon is to pitch its phones against the mighty iPhone. The Big ‘V’ has got the two Droid phones and is trying too hard to promote them. How far this ad war is going to benefit them is a bit too early to comment on. But one thing that we all were sure off was that Apple is going to respond to them sooner rather than later, knowing how they keep doing it on the PC front with “Get a Mac” ad campaign. And so here they are, the two new iPhone ads takes Droid and Verizon indirectly with the line "Can your phone and your network do that?". 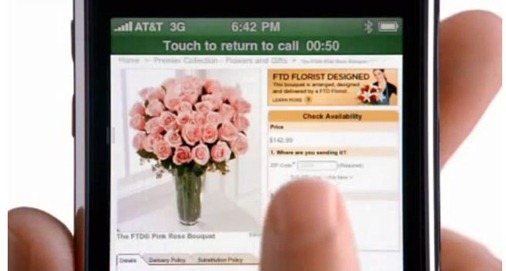 Unlike Verizon which centered its ads solely on anti iPhone theme, the new iPhone ads are focused on iPhone’s ability to hold a simultaneous voice and data connection at the same time on AT&T’s network which other phones like Droid on Verizon cant do. Both the new ads ends with the line "Can your phone and your network do that?". That’s of course a fair enough game.

You may also like to check out our: Head to head comparison between Motorola Droid and iPhone 3GS.