A photo posted to the NeoGAF forums shows the ports on the rear of the Xbox Series X, and according to Thurrot’s Brad Sams, this sighting of the console’s rear is authentic.

A couple weeks back, as part of its CES presentation, AMD offered a fresh look at the console, with the ports on the rear having been shown off. The company later confirmed, however, that the imagery wasn’t sourced from Microsoft and as such shouldn’t be considered official. The aforementioned photo, on the other hand, aren’t of “a fancy 3D printed model,” assures Sams. 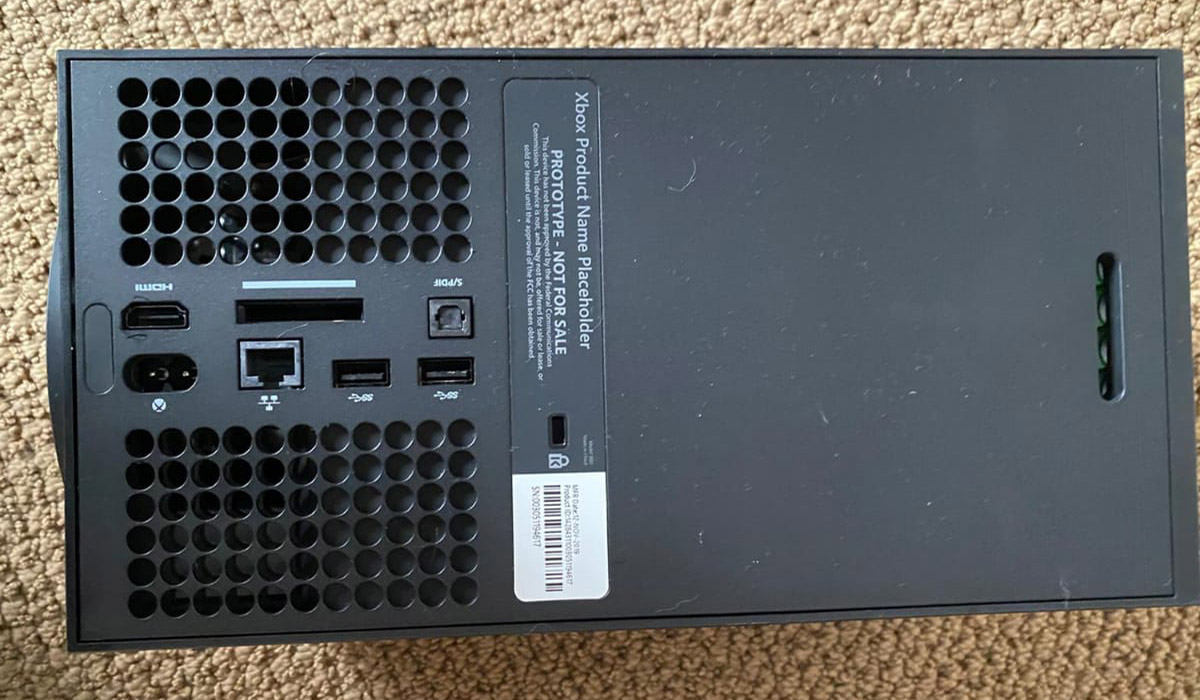 The photo shows an optical audio port, one HDMI port, and two USB-A ports as well as outlets for ethernet and power. The holes on either side of the ports, as one would imagine, are for ventilation while the rectangular port is for debugging.

The text printed above the ports would suggest that the console in the photo is a pre-production unit. It has placeholder text printed where the product name would be and text below it reads “Prototype.” Microsoft may yet make changes to the rear of the device and its array of ports leading up to its release.

The Xbox Series X comes out this holiday season. Microsoft claims the console’s GPU is over eight times more powerful than the one in the Xbox One and twice as potent as that of the Xbox One X. The company has also promised four times the CPU power and 40 times the I/O speed, GDDR6 RAM, and NVMe SSD storage. 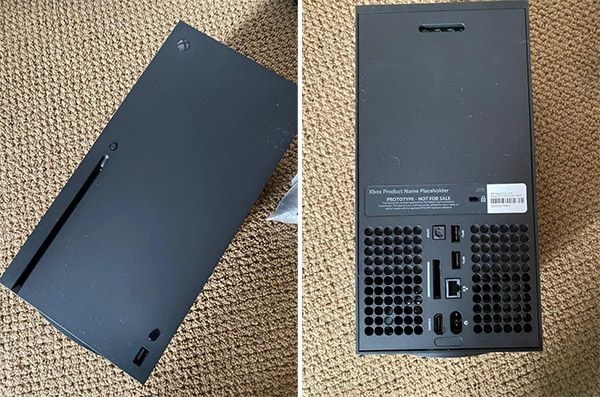 The Xbox Series X was first revealed at The Game Awards last month alongside a stunning trailer for Senua’s Saga: Hellblade II – a possible frontliner for the console that will serve as an exhibit of its capabilities.