WhatsApp is working on a new feature that will allow users to switch from iOS to Android more easily. The feature, which will transfer chats from one device to another, was announced during the Samsung Galaxy Unpacked event that saw the arrival of the Galaxy Z Fold3 and Galaxy Z Flip3.

The feature will first arrive on Android devices, allowing users to make the switch from iPhones more easily. The feature will eventually work in the opposite direction, but WhatsApp hasn’t said when that will happen.

The feature will transfer chats as required, but will also move photos, videos, and voice memos when it becomes available to those using the new Samsung phones in the “coming weeks.”

According to an Engadget report, WhatsApp’s main issue getting the feature to work was the use of end-to-end encryption, an issue that needed some additional work.

The implementation was difficult, according to WhatsApp. As the messages are end-to-end encrypted and stored on-device, migrating them demands “additional work” from WhatsApp, OS developers and phone makers. It took a collaborative effort to enable transfers like these, in other words. 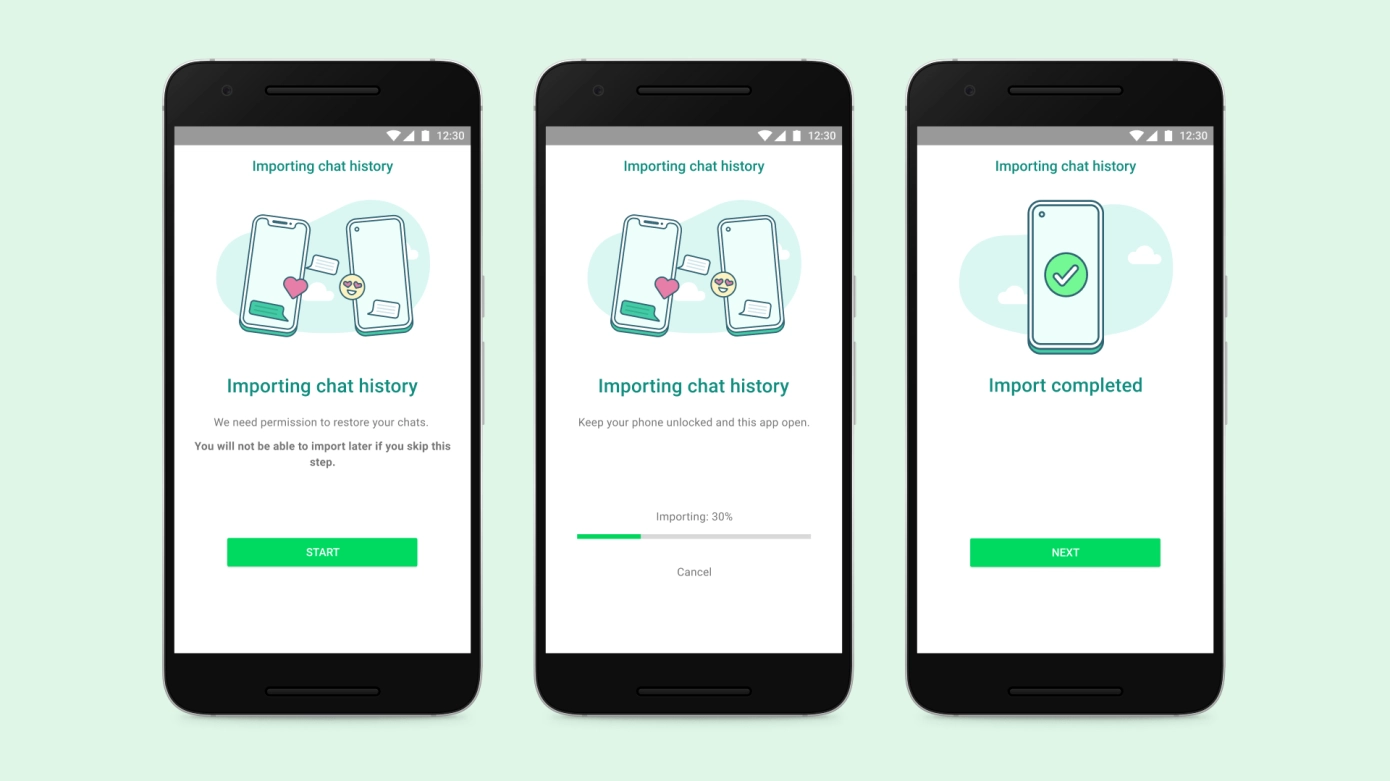 The sheer number of Android devices available today might make moving chats from Android to iOS difficult if WhatsApp needs device makers to be on board.