Apple today has made available for download watchOS 2.2 final version for Apple Watch. The release represents the latest in the fast-paced progression of the underlying software that powers the Apple Watch, and brings with it some new features that not only enhances the Apple Watch platform, but also ties in nicely with iOS and the latest 9.3 version of that firmware.

As a company, Apple has continually shown willingness to invest resources into building a comprehensive mapping service ever since the introduction of iOS 6.0. That has grown over the years to include a fantastic feature-rich vector maps experience that is now consumed on iOS, watchOS, tvOS, OS X, and even the company’s CarPlay in-vehicle platform. watchOS 2.2 extends that mapping dedication by bringing a new level of dynamic interaction and feature set to the Maps app on the Apple Watch. 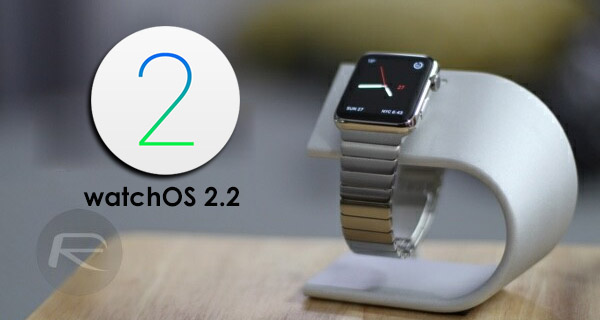 As part of an effort to compete with the third-party Apple Watch Google Maps app, Apple has added a “Nearby” search section that can instantly highlight things of potential interest in and around the location of the Apple Watch. There’s also the addition of a number of new quick navigation buttons that can quickly and efficiently invoke travel directions to and from work and home addresses stored within the app. To finish off a nice polished mapping experience, Apple has made the Search functionality a lot more polished and refined. This involves removing its previous invoking method of using Force Touch on the display.

In addition to improving the overall Maps experience, watchOS 2.2 also affords users with the ability to pair multiple Apple Watch units to a single iPhone that has iOS 9.3 installed. From an administration perspective, this means that owners can now manage and maintain more than a single Apple Watch from a single connected iPhone.

Of course, no public release of a platform would be complete without the obligatory bug fixes and internal improvements that exist as part of an attempt to offer a smoother, more polished experience. Full official changelog of watchOS 2.2 is as follows: 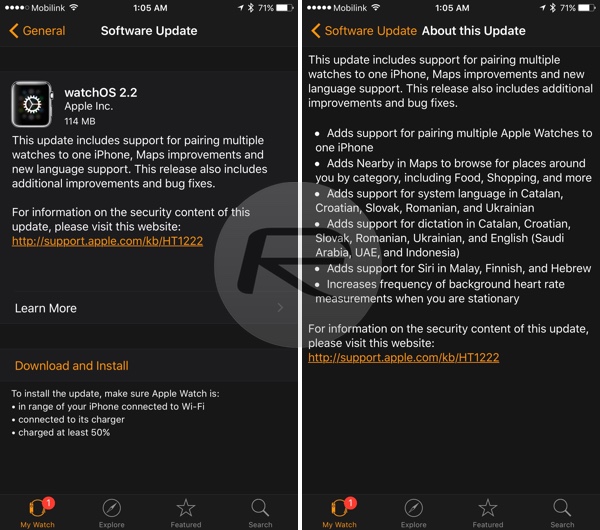 To update your Apple Watch to watchOS 2.2, launch Watch app on iPhone, tap on the My Watch tab. Navigate to General > Software Update to download and install the update.

For more detailed instructions on how to download and install a watchOS update on Apple Watch, you can follow our previous guide on it here.