watchOS 2.2 Beta For Apple Watch Brings Nearby Search And More To Maps App

Apple has done a fairly sterling job of continually enhancing the power and functionality of the Apple Watch by regularly serving upgrades to the underlying watchOS platform. Apple’s recent seed of watchOS 2.2 beta one indicates that the Cupertino-based behemoth is still on the upgrade trail as the discovery of a new feature bringing additional power to the native Maps app on the Apple Watch suggests. With this new feature, Apple Watch owners are able to see exactly what’s around thanks to the newly integrated Nearby search feature.

In fact, it seems that watchOS 2.2 will add a whole new level of dynamic interactions and features to the Maps app, as pointed out by 9to5Mac. In watchOS 2.1, users have access to a fairly functional Maps app, but are limited as to what it can and can’t actually do. It’s notable that the official Google Maps app for Apple Watch actually outperforms Apple’s native solution in many ways, which is probably one of the main drivers for this big improvement being pushed to watchOS 2.2. 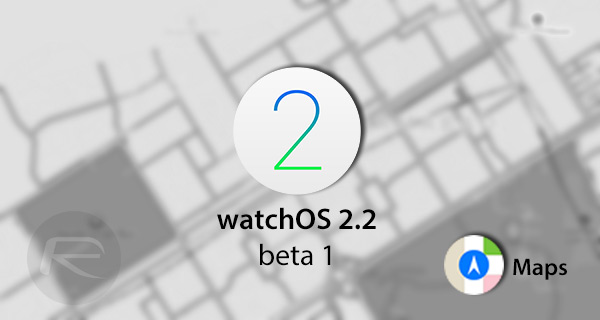 In addition to actually being able to immediately see what’s nearby at the Watch’s current location, watchOS 2.2 also extends functionality by bringing a number of quick navigation buttons that invoke travel directions to and from home and work addresses. The current version of the Apple Watch Maps app immediately opens with a map showing the Watch’s current location. Users are then able to press firmly on the display to access the addresses of stored contacts, search functionality, and switching between standard directions that most people interact with and those dedicated transit options. 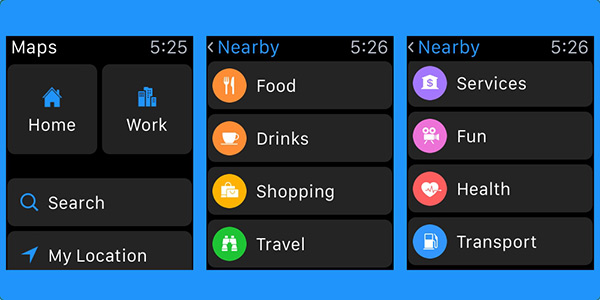 watchOS 2.2 extends that by introducing immediately accessible shortcuts to navigate to and from a home or work address based on the current location of the Apple Watch. Apple has also taken the opportunity to make ‘Search’ more prominent within the app by removing the need to Force Touch on the device for bringing it into play. 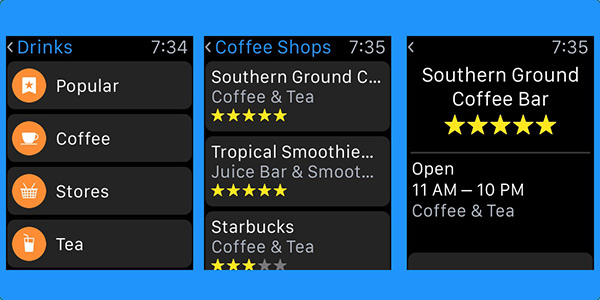 Maps may play a big part of the improvements made to watchOS 2.2, but that’s not all that it offers. The firmware also brings the ability to pair multiple devices with a single iPhone, as well as a number of smaller features that bring an overall improved experienced.