When Apple did away with Google Maps on its iPhones, using its own Maps app instead, you could be forgiven for thinking that the old Google favorite may fall into disrepair. Instead, Google has kept the app up to date, making it reflect the company’s new design language and adding features along the way. Today sees the Google Maps app receive a new update, which adds some new features and fixes old ones but, most importantly, brings Google Maps to the Apple Watch.

Starting at the beginning, the new Google Maps app adds the ability to compare ETAs across different modes of transport and users can now call businesses and get directions right from within a list of locations. Google has also added some undefined bug fixes, but the standout addition here is the new Apple Watch app. 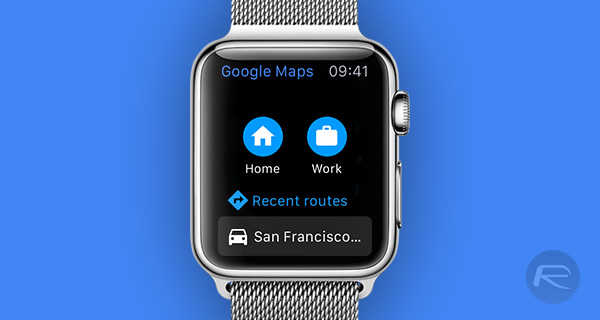 Until today, the best way to get directions on your wrist was Apple’s own Maps app, but if you’re a big user of Google’s mapping apps like we are, then getting the Google Maps app on your wrist is something you will have been looking forward to since the Apple Watch was announced. Today is that day, and we’re glad to finally be able to once again consign Apple’s Maps app to the list of apps we never use. 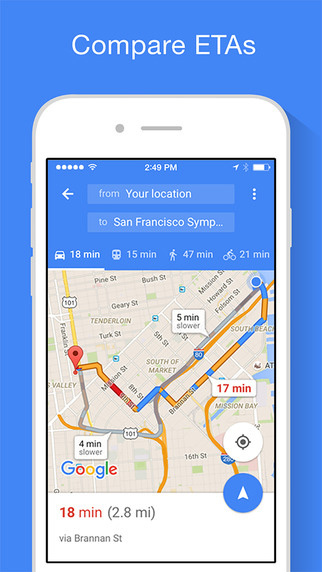 Here’s a shot of the app running on the Apple Watch: 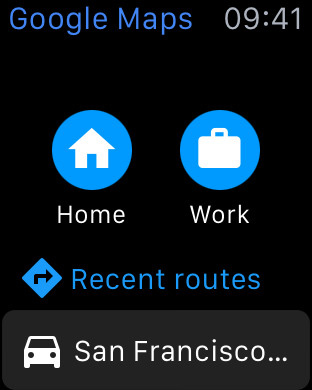 Once you get past that Apple Watch app, you already know what to expect from the Google Maps app itself. With comprehensive maps for over 220 countries and territories, it’s very difficult to argue against anyone who tells you that Google Maps is the best mapping and directions app on iOS, no matter what Apple may try and tell you.

Google Maps is obviously a free app and the new Apple Watch update is indeed free as well.

You can download the app to your device from the link provided below.