Apple’s acquisition of Beats Electronics certainly came out of the blue, but the company does have some notable history. Along with the revelation that Apple co-founder Steve Jobs was a long-time fan of Jimmy Iovine – the guy who has manned Beats since its inception along with Dr. Dre – a conference call between Dre and Jobs has recently come to light where the two men discuss Apple’s iTunes music service.

It’s a pretty interesting watch, no less for the foreshadowing of what eventually unfolded. Like the story of the WhatsApp co-founder Brian Acton being rejected for a position at Facebook (and Twitter) before getting back to the drawing board and producing something that Mark Zuckerberg would later cough up $16 billion to purchase, things may have panned out very differently for Dre and Apple had talks for an original collaborative music service born fruit back in 2004. 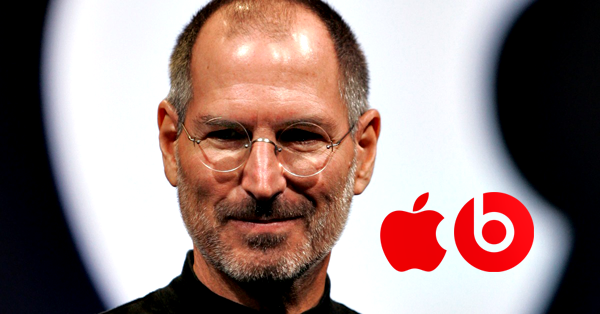 The conversation between Jobs and Dre, real name Andre Young, is only 90 seconds long, but thanks to Apple’s purchase of Beats Electronics for a reported $3.2 billion, it suddenly holds a great deal more significance.

The clip of the conversion can be found on YouTube, and for your convenience, we have embedded it at the foot of this post. It’s an interesting exchange between two influential members of, back then, very different fields. They had music in common though, and even though it has been noted that the Steve Jobs era of Apple was very much opposed to making high-profile, marquee acquisitions, one could argue that Jobs’ own admiration for Iovine and discussions with Dr. Dre constitute some kind of approval.

Neither Apple nor Beats has confirmed that a deal has been done, although it’s likely that an official announcement will not be made until the beginning of next week. Dre has posted a clip online proclaiming himself as hip-hop’s first billionaire, which is more than a tad suggestive, and given Beats’ expansive hardware line-up along with its fledgling streaming music service, there’s no question that this partnership has the potential to boost the Mac maker in areas it’s currently lacking.

Anyway, check out the video below, and be sure to leave you comments via the usual mediums.