Gaming on iOS is no longer a mere novelty, but serious business, with the processing power and GPUs of the iPad, iPod touch and iPhone capable of pumping out some impressive graphics and performance. But in order to truly test the mettle of these modern-day gaming maestros, you must play a title that really showcases their strengths, and Infinity Blade II is perhaps the best example of just how near console-quality entertainment can be enjoyed on-the-fly. Usually priced at $6.99, it’s now dropped to just 99 cents, so whether you’re partial to a sword fight or just want to see how pretty this awesome title looks, check the details after the jump.

Preceded by the original Infinity Blade, it has since been superseded by Infinity Blade III, but in all honesty, each edition offers a very enjoyable, pure gaming experience. So while Infinity Blade II isn’t the latest, it’s definitely worth grabbing – particularly given the massive saving over the usual retail price. 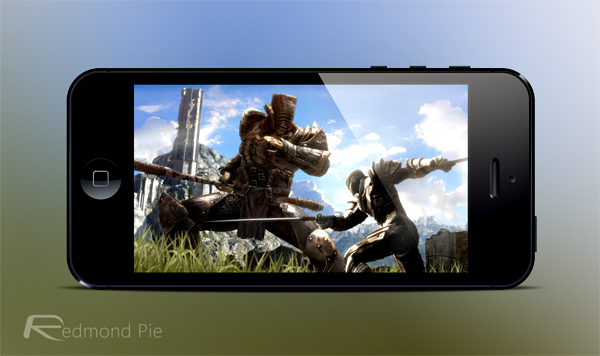 Even though many developers – from Gameloft to EA – regularly pump out awe-inspiring titles that seem to redefine mobile gaming, the Infinity Blade is still the go-to example of how far things have come along since the original iPhone. Not only does it look the part, but it runs smoothly as well, and if, like us, you cannot resist a bargain, this is about as good as it gets.

If you’re still in need of convincing that you will indeed be wowed by this title, then you can check the game trailer below. It’s just over one minute long, but gives a flavor of what you’ll get for your 99 cents, and given that this deal will not run forever, you might want to go ahead and download Infinity Blade II sooner rather than later.

Please bear in mind that you will need to be running on iOS 5 or later in order to indulge in this all-action affair, but provided your device meets this prerequisite, you can snap it up via the link below.

(Download: Infinity Blade II for iOS on the App Store)