The Facebook app for Android has just been updated, with the most noteworthy new feature being support for offline post creation. Aside from that, there’s not much else to report, although we suspect that – as ever – a few bug fixes and performance enhancements will have been included as a part of the deal. We’ve got all of the details on the big new feature, as well as the all-important download link for the app, coming up right after the break!

Even though, for the most part, we can connect with the rest of the world through our mobile devices no matter where we may be, there are those occasions where a connection isn’t achievable. A minor detail such as lack of Internet shouldn’t have to stop us from sharing our two cents on Facebook, though, and as such, it is now possible for users to write status updates or prepare an image / video, even when offline. 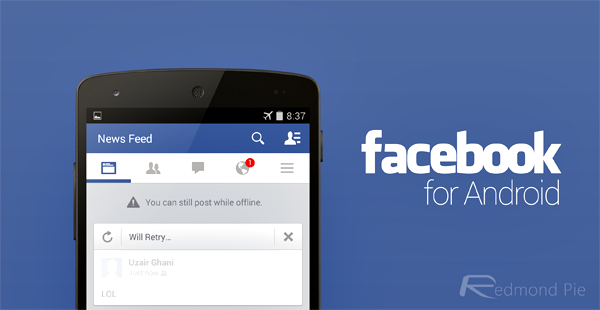 From there, the content is queued, and when a connection can be found, the app will automatically be posted onto your Timeline.

It’s a pretty useful implementation, and allows those who, for example, like to manage their data by throwing their devices into periodic states of flight mode, to do so without interrupting their social networking.

As aforementioned, the social outfit doesn’t appear to have thrown much else into this particular release, which is the first update we’ve seen for Android in a while, but with the change log also alluding to “improvements for reliability and speed,” it’s certainly worth picking up this version even if you don’t happen to require the services of the new offline feature. 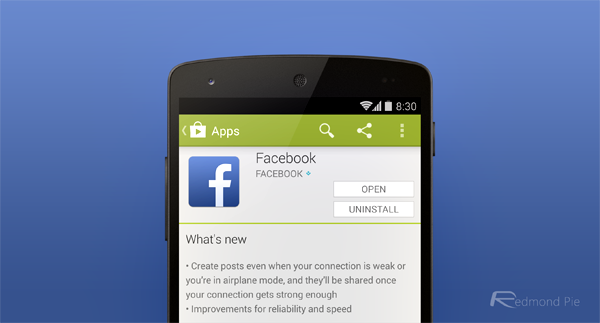 For the time being, it doesn’t appear as though the iOS version has been updated at all, but if the social network does decide to bump the corresponding iPhone, iPad and iPod touch edition of its official app, we’ll be sure to let you guys know.

In the meantime, the direct Play Store link is provided for your convenience, and be sure to leave your comments via the usual channels below!