This week’s big tech headline came on Thursday, as it was revealed that Beats Electronics was to be acquired by Apple for a upward of $3 billion. Not only does it represent the Cupertino’s costliest purchase in its history, but it’s also the first time that Apple has moved in for a high-profile, well-known commercial entity, and its a move that will also render Beats’ two most influential figures – Dr. Dre and Jimmy Iovine – members of Apple’s executive team.

Having already established successful careers as record producers, label owners and all-round pioneers of the music scene, Jimmy Iovine and Dr. Dre – real name Andre Young – set about selling high-end audio equipment, including earphones and headphones, back in 2006. Heavily promoted throughout the music industry, the Beats logo has become well-recognized in recent times, and as well as expanding its line-up to include other audio equipment besides headphones, Beats also has an emerging streaming music service to compete with the likes of Spotify. 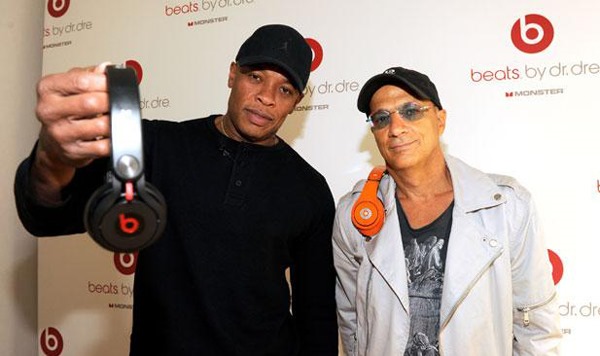 Apple has, in spite of its immense catalog of music through the iTunes Music Store, struggled to string a decent streamer together, and while iTunes Radio launched back in September with iOS 7, it hasn’t really picked up in the manner that Tim Cook’s company would have hoped. In acquiring Beats, Apple has a ready-made service under its belt, and even though it was clear from the moment the deal was struck that both Iovine and Young would be a part of the new era, it now appears that both will join the illustrious ranks as Apple executives.

As per a report over at The Wall Street Journal, both men will take up “senior positions,” citing “people familiar with the matter” in drawing these conclusions. Precisely what role they’ll play is undetermined – the deal has, after all, only just been done. The report also doesn’t suggest that either will become full-time employees, but nevertheless, Iovine is apparently set to resign from his role as the chairman of Interscope Records in order to free up his calendar.

As well as offering Apple some leverage in the streaming music market, the purchase of Beats will also beef up the company’s audio accessory line-up, as part of what is being touted as a major shake-up of this particular product category.