Only yesterday, we caught a glimpse of Motorola’s upcoming budget Moto E smartphone, which is expected to be showcased at a special event on 13th May. Now, we can take an even closer gander at the handset thank to a leaked press image, and having been impressed by what we saw a short while ago, our opinion on this forthcoming release hasn’t changed a jot.

The lower quarters of the smartphone market are set for a major shake-up in the coming months. Only recently, chip maker ARM suggested that a handset would be arriving later this year that would finally hit the elusive $20 benchmark, redefining what it meant to buy a cheap smartphone. Moreover, Google’s Project Ara, which pushes the idea of a modular device with interchangeable pieces of hardware, could also have a lasting impact, and with a starting price of $50, will be aimed squarely at developing markets when it first hits the scene in January of 2015. 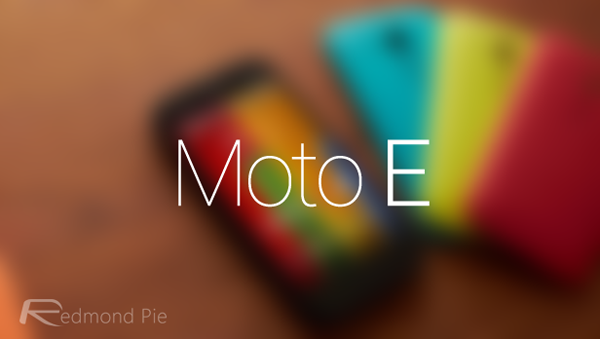 Motorola has long since offered good deals to mobile consumers. The Moto X, for example, is comparable to the Google Nexus range in that it is both high-end and reasonably priced, and the Moto G, which costs even less, has also sold well since its launch. Essentially, the Moto E will join this growing family, and even though its hardware will cater to a bare-bones experience rather than high performance, it still manages to encapsulate the stylish smartphoning that appeals to so many.

This press image of the device, which is of a similar form factor to the Moto G, allows us to check its profile from the front and the back, and additionally, confirms that it will come in both black and white color configurations. The Moto X, you are probably aware, is very customizable, with many different color combinations available for a truly tailored finish. But given how the Moto E is going to be bottom-end, it seems unlikely that buyers will be offered such jurisdiction over the finish. 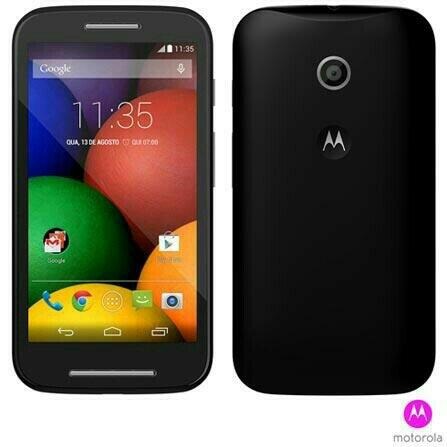 The Moto E is just a couple of days from its announcement, and from what we can gather, it will include a 1.2 GHz processor, a 4.3-inch, 540 x 960 display, 5-megapixel camera (with no front-facing snapper), 4GB of storage space (expandable thanks to a microSD slot), and 1GB of RAM.

Once the official announcement is made, we’ll have all the finalized details right here, so stay tuned!