Just yesterday we had inklings that the rumor circling the Internet concerning Apple’s potential acquisition of the Beats Electronics might actually be true, and even then, we told you to stay tuned as the story kept developing. Well, although it’s still not strictly official yet, but if today’s happenings are to indicate anything, Dr. Dre has all but confirmed the deal between the audio giant and the fruit company that hails out of Cupertino. Details just past the break.

The revelation comes courtesy of a selfie-video from musician Tyrese Gibson, who was apparently “just hanging out” with Dr. Dre last night when the video was shot. While nothing concrete, the video starts off with Gibson proclaiming “Billionaire boys club for real, homie…. The Forbes list just changed!”. The quick reference to Apple/Beats deal is reinforced when Dr. Dre, the cofounder of Beats Electronics, piques in, “In a big way!”. Then Dre goes to on state, “The first billionaire in hip hop, right here on the [redacted] West Coast!” which is met with hollers, cheers and laughs off camera. Thanks, Gibson – we enjoyed this one! 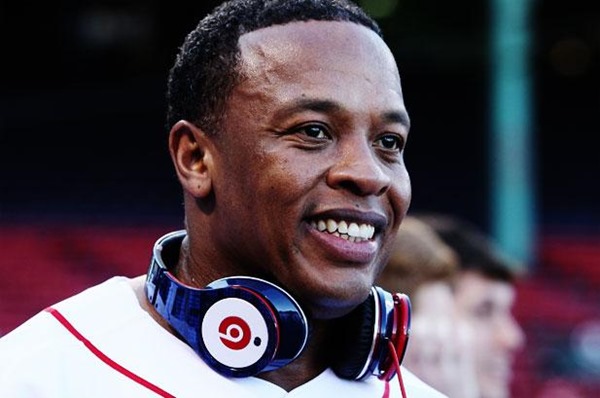 Even though this doesn’t confirm the news, Dre has clearly acknowledged that something is going on between the two companies. Maybe they’re finalizing the details or maybe they’re just contemplating, but what we know for sure is, where there’s smoke there’s fire, and so, it will be really interesting to see the outcome of this rather interesting partnership.

It’s not the first time, of course, that a major giant has expressed interest in Beats Electronics. The company has made a solid name for itself in the music and sound arena, and with the way that smartphones have transformed over last few years, it’s natural that music be considered an integral part of it. Add the fact that Apple owns the largest independent music store in the world through its iTunes offering, and it makes sense that the company will want to expand on that. With the iPhone 5, they introduced the new EarPods, which were pretty decent for a stock offering, and should an acquisition take place, Beats can only enhance the experience for uses, just like it did for HTC when they entered a partnership with the company. Let’s see how the story unfolds as we get more details.