I don’t know about the rest of you, but I happen to enjoy a tale of good overcoming evil and watching the light shine through the darkness as a new dawn begins. My need to see a happy ending means that I tend to watch movies that take the viewer through a roller-coaster ride of emotions that ultimately ends off with a positive ending, which could be partly why I love movie adaptations of comic books so much. One of the biggest movies of this year was undoubtedly The Dark Knight Rises and the release of the new Blue-ray trailer confirms that we should be good for a December 3rd high-definition release onto DVD.

The magnificent Dark Knight Rises was the third and final movie in the Christopher Nolan Batman trilogy and followed on from the worldwide successes of Batman Begins and The Dark Knight by amassing over $1 billion in worldwide ticket sales at theatres. The massive ticket sales of The Dark Knight Rises propelled the movie into top ten highest grossing films of all time behind other blockbusters like The Avengers, Avatar, Toy Story 3 and The Lord of the Rings: The Return of the King. 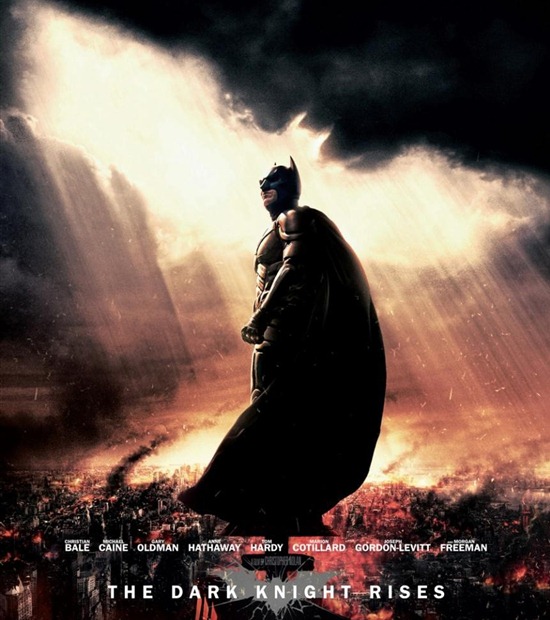 It’s been widely speculated that we will see the Blu-ray release on December 3rd and that seems to have been confirmed with Warner Brothers flicking the switch on the release of the teasing Blu-ray trailer. With Nolan’s latest Batman movie proving to be a huge success with cinema goers, there doesn’t seem to be any reason why movie buffs won’t be rushing to snap up a copy of The Dark Knight Rises when it is released to finish off their collection. The Blu-ray disc and digital download of the title should both be available on December 3rd.

It remains to be seen what extras will be bundled with the disc when it eventually ships, but in all honesty, the actual movie is so long that it represents a decent investment by itself. Hopefully, it won’t be too long until we see the full trilogy box set being released for those true Batman fans who want to capture the full Christopher Nolan vision in one swoop.