Tesla Launching ‘Gigabeer’, With A Bottle Inspired By The Cybertruck

No, it isn’t April 1st. Tesla really does reckon that it’s going to produce Gigabeer, a new Cybertruck-inspired bottle that will be sold out of the company’s factory in Germany.

The move comes after Musk spoke about the Gigafactory Berlin project, with the Tesla founder and CEO saying that the company will be making its own beer.

On the subject of the Berlin factory, which will reportedly employ as many as 10,000 people, Musk said that there will also be a train station to help workers commute to and from their place of work. Almost as an aside, Musk then proclaimed “We are going to have a beer.”

Why? Nobody really seems to know.

This isn’t the first time Tesla has pulled a stunt like this, either. 2018 saw Musk joke about being passed out “against a Tesla Model 3, surrounded by ‘Teslaquila’ bottles.” Then the company launched its own Tequila which promptly sold out almost immediately. 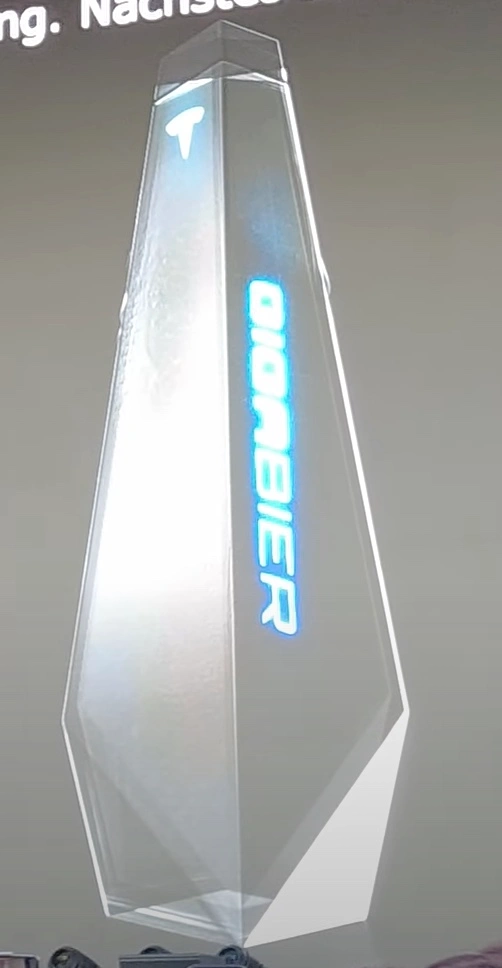 Musk, known for pulling strange stunts like this, has plenty of real issues to deal with of course. He recently said that the company is going to move its HQ to Austin, Texas while it’s also planning on increasing its presence in California, too.

Would you buy Tesla beer?