For the first time Tesla is now expanding its Full Self-Driving (FSD) Beta beyond American shores with Canada now getting in on the act, according to a new report.

Tesla has been rolling the beta out slowly but surely since October of 2020 and now it’s made its way to Canada, according to an Electrek report. The move comes after CEO Elon Musk began promising that support would come to Canada for some time.

The report says that people who want to test the beta on their own cars can now apply to be part of the program.

Last night, Tesla started pushing a new software update (2022.4.5.4) to some vehicles in Canada and it enables those vehicles to “Request Full Self-Driving Beta”

Once “requested,” you start the approval process, which consists of giving your day-to-day driving a “safety score”.

If it’s high enough, Tesla might push you the actual FSD Beta software.

Worryingly, Electrek also notes that it was able to test FSD in Canada last year and that things weren’t all that great when driving on Montreal roads.

Even though it wasn’t officially released in Canada yet, I tested FSD Beta in Montreal last year.

I can’t go into the details of how that happened, but I can say that I wasn’t impressed by the performance of the system in the city.

On more residential suburban roads, it did fine, but in the city, it was super stressful. 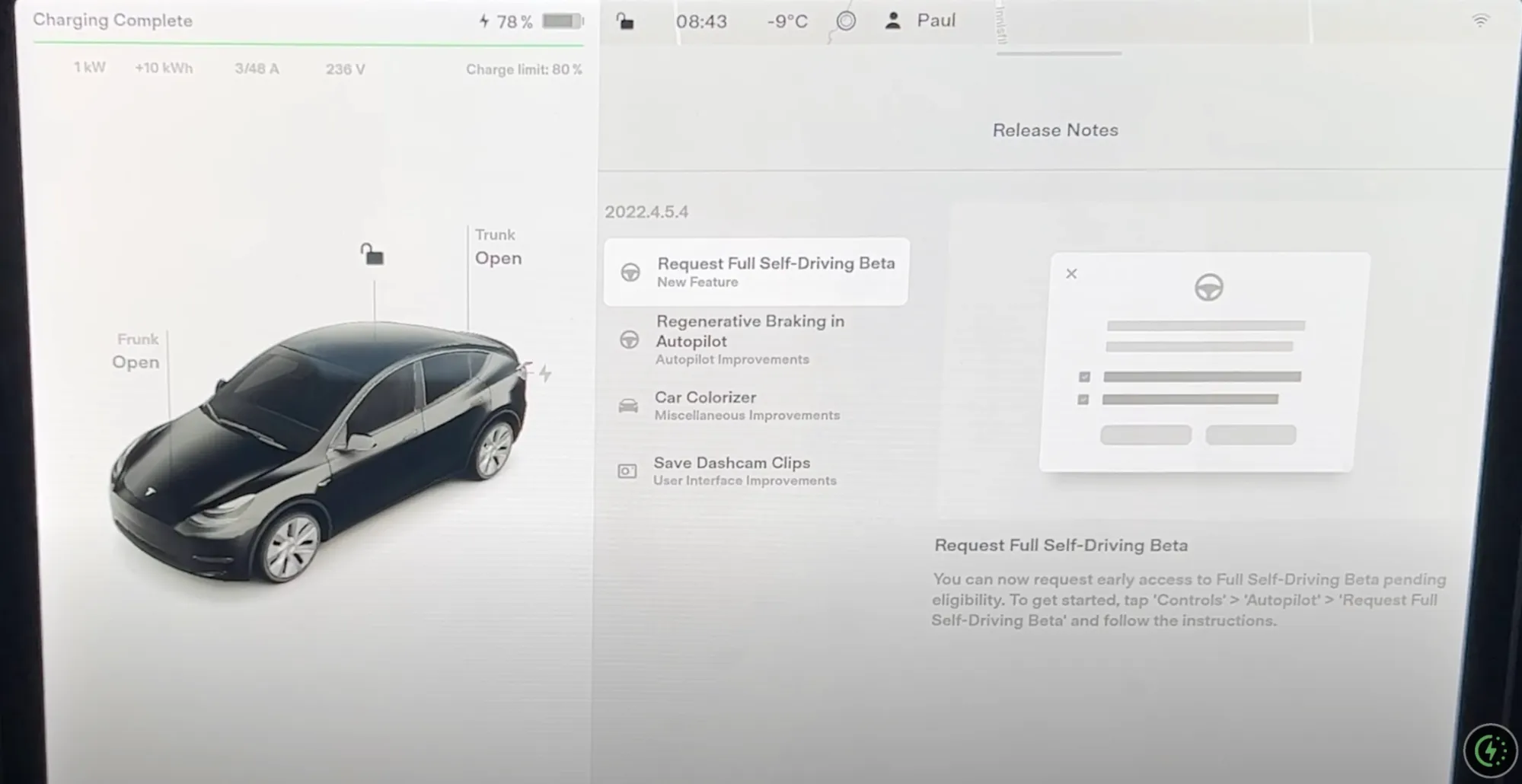 Hopefully, given Tesla’s opening the beta to Canadians officially, things will have improved significantly since that journey. Whether that’s the case or not, time will tell — expect social media to light up once Canadians test FSD regardless of which way things pan out.