Apple is heavily rumored to be readying the removal of the notch from the iPhone 14 Pro and iPhone 14 Pro Max when they go on sale later this year and while we’ve seen some renders of what that could look like it now seems that they were all wide of the mark.

If a newly-leaked schematic is any indication, the notch is being replaced with a hole and pill-shaped cutout as expected — but they’re going to be much larger than we had hoped.

The schematics were shared to Weibo last week and have also been verified by YouTuber Jon Prosser who claims they are indeed correct. Based on what we’re seeing it looks like the two holes are going to be larger than any of the renders we have seen so far.

In fact, Apple Track points out that it appears that the same cameras and sensors will remain from the notch but with the surrounding areas removed — creating the hole and pill design.

While that will undoubtedly make things look better and give us back some screen real estate when watching video content, it’s a shame that things aren’t shrinking. At least, not yet. 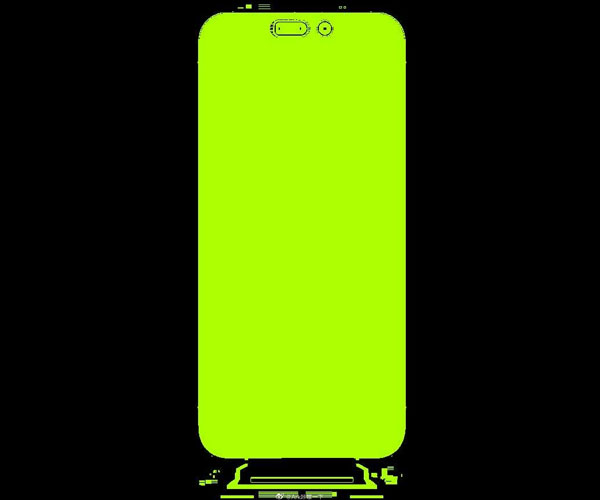 Display analyst Ross Young says that while the iPhone 14 Pro and iPhone 14 Pro Max are the only ones getting the new design this year, that won’t be the case in 2023.

The dual hole punch design on the iPhone Pro models will be seen on all 4 models in 2023. Hopefully the holes will get smaller…

He also said that “hopefully the holes will get smaller,” although it isn’t clear if that statement was made with any knowledge or if it’s simply wishful thinking.