A new app for Android smartphones is designed to add a little flair and control to a fundamental part of the operating system: multitasking. Called Taskbar Switcher, this free app is available for download now from the Android Market / Google Play Store, or whatever Google is calling it today!

Multitasking is something of a big deal in the mobile world, especially for Android. Dubbed the choice of the geek, Android prides itself on being the most computer-like mobile operating system out there, and that is something that fans of the platform hold very near and dear to their hearts. Taskbar Switcher aims to add to the existing Android experience, or even completely replace it should you so wish.

While most Android OEMs add their own layer of blubber to the Android experience, and that usually includes new multitasking controls, there is always room for something a little different, and Taskbar Switcher may be just that.

As the name may suggest, Taskbar task switcher takes your multitasking apps and adds them to the pull-down taskbar at the top of the screen. The running apps are highlighted with a little dot, and all other apps in the list are the ones that have been recently accessed. Think of it as a multitasking and recent apps list, and you’ll have the right idea.

The number of apps in the list can be customized to the user’s tastes, and there is a setting to have Taskbar Switcher launch at boot, too. Interestingly, apps can also be excluded from the recent apps list, too, so apps that are always running but you don’t want to see can always be blocked from appearing. 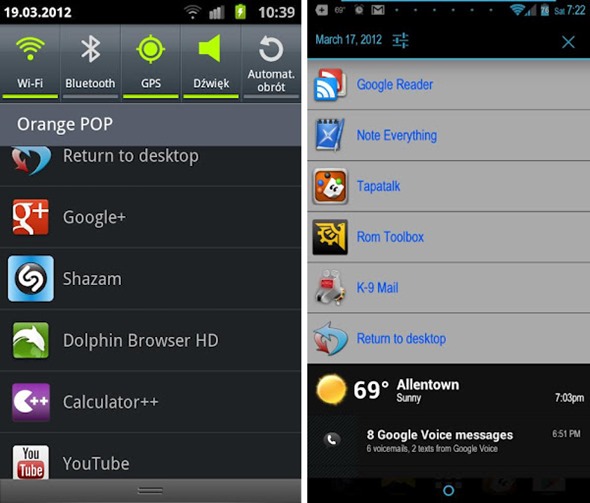 Taskbar task switcher for Android required Android 2.1 or later in order to run, and for the bargain-tastic price of free you don’t really have much to lose by giving it a whirl. If you’re something of a multitasking fiend then this may just come in handy.

Oh, and when we say the app is free, we mean it. There are no ads inside Taskbar Manager, so now there really is such a thing as a free lunch!