Brace Yourselves! The Official World Of Warcraft Game Is Coming To The iPhone

World of Warcraft – a popular MMORPG that has been part of many stereotypes of grown men living in their mothers’ basements, playing the game day in and day out – may be headed for the iPhone. Speaking to Senior WoW producer John Lagrave, gaming blog Eurogamer has learned that Blizzard is still determined to get the game ported to the iPhone.

However, while they certainly want to bring the game to mobile devices, it is challenging. This quote from Lagrave during the interview bests sums up Blizzard’s approach to bringing WoW to iPhones (and perhaps other mobile platforms down the road):

"We won’t do it until we think it’s decent. But it’s interesting and the world is evolving towards that little handheld device – I’d have fun on it, that’s absolutely the case. It would be foolish for any game developer to not be looking at that and we’re not – we don’t think– we’re foolish!

Understandable, and their desire for quality over shipping a product quickly is admirable. Porting something like WoW to the iPhone is very tricky. Which elements do you omit? Is it even possible to port enough over to make it a cross-platform game where smartphone players can interact with PC players? How do you design the controls where the game is easily playable? There are many usability and technical limitations – especially if they’re trying to do something really big, involving a port of the fully-functional game – but surely the team are going to think of something. If they need screen estate for such a port, then perhaps tablets like the iPad would be more suitable. 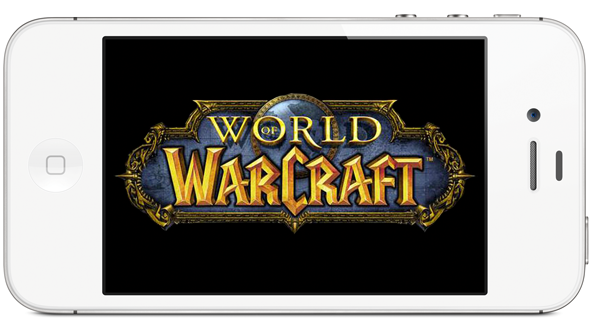 That being said, the team are still mulling about what exactly they should be doing in this regard."When we have an epiphany, everyone will know," stated Lagrave. "But for now, no epiphany!"

While the game has not been ported to mobile devices in any form, Blizzard does currently have a WoW app available for mobile devices and the web to assist WoW players that allows you to check auctions, look up PvP gear, create talent specs, and access the armory. Aptly dubbed the World of Warcraft Mobile Armory, the app will allow you to access all of these things on the fly in the rare occasion that you’re not in front of a PC or Mac.

So, Blizzard are certainly eager to get WoW on mobile devices as soon as possible, but they also want to do it right.