Rovio Announces Angry Birds Space For All Those Space Loving Fans Out There, Available March 22 [VIDEO]

Of all the popular titles to have forged a significant following on mobile devices over the last couple of years, Angry Birds is far and away the leader.

Whether you love or loathe the flying, exploding, noise-making birds and their green, porky, snorting foes, there’s no doubt that if you have even the slightest interest in tech, you will have heard of it. In fact, it’s almost a part of the initiation process of owning a mobile device. If you purchase one, and you ask somebody to suggest a decent game to get you started, they’ll invariably utter something along the lines of "you have to get Angry Birds!"

What started out as simply a game on iOS is now a multi-platform, billion dollar franchise which sells everything from plush toys and speaker docks to mobile phone covers and ladies underwear. The game itself has spanned four different versions: the original, the "Seasons" (which releases special level packs on Easter, Halloween, Christmas, Valentine’s), Rio (based on the popular animated motion picture), and a Free/ Lite version for those less inclined to part with their cash before testing the waters.

The game is available to play on Windows, Mac, Facebook, Google Chrome.. there really is no escape, and in what will be torturous news for those who cannot stand the whole palava, creators of Rovio are about to add another episode to the saga. 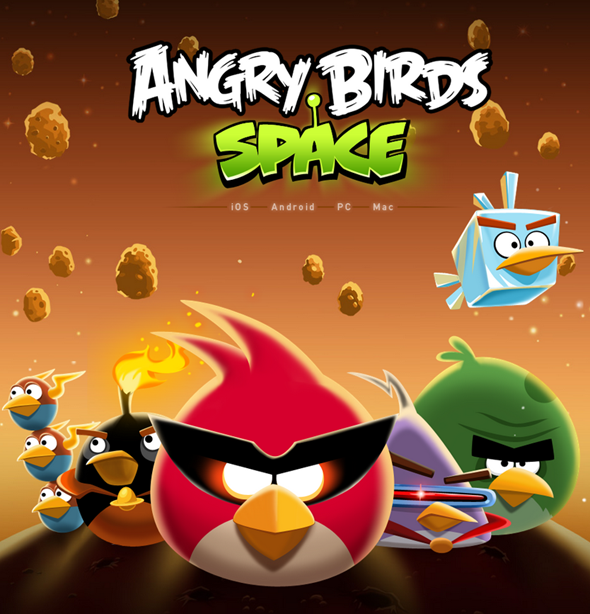 The latest installment is called Angry Birds Space, and in a rather interesting twist, the trailer is by International Space Station rep Don Pettit, and is actually filmed up in space! It’s certainly an intriguing move, and sees Pettit test-firing little fluffy birds at zero gravity.

If nothing else, the trailer does make you realize how cool it would be to go up in a spaceship. Looking around at the various gizmos surrounding Pettit, it’s quite fascinating, and certainly belittles our drooling over the technological advances of new iPad.

As you would expect, the new Angry Birds focuses heavily on the gravity (or lack thereof), and will soon be launched on iOS, Android, Windows and Mac – we suspect simultaneously.

We’re pretty sure the response will be huge for a series which can already be deemed out of this world.