Angry Birds Speaker Docks For iPhone, iPod touch And iPad Is A Must Have For All Angry Birds Fans!

Angry Birds merchandize keeps getting cooler and cooler! Announced today are three speaker docks for all iDevices which are based on three different birds from the Angry Birds series.

For the uninitiated, Angry Birds is a series of popular puzzle-based video games which involves throwing angry birds of differing capabilities at heinous pigs which are placed in a variety of different configurations. The series started on iOS and took off radically, but since then has been made available on platforms like Android, Windows Phone 7, Windows, OS X, PlayStation and even Google Chrome!

News of the speaker docks comes from Mashable – a news network dedicated to covering, as Hyperbole and a Half would say, all the things – in a news article published recently.

Now you can complement your collection of Angry Birds games, cases, cookbooks, plush toys, and baby clothes with these speaker docks, decked out as your favorite feathered friends – and particularly comptabile with iPods, iPhones and iPads.

Three separate, uniquely designed docks were announced. The first one is a based on the Angry Bird mascot that is the Red Bird. This speaker is compatible with all devices which use auxiliary cables. It costs $79.99 which in our opinion is a darn good price! 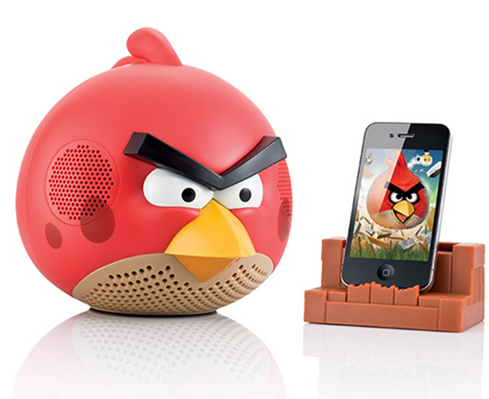 Then there is the helmeted pig which uses the iPhone/iPod connector to charge said iDevices while playing back audio with its high quality stereo speakers and subwoofer. Available soon for $99.99. 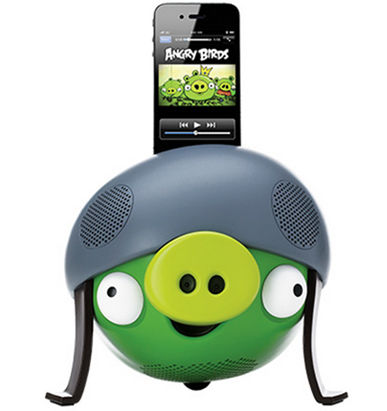 Lastly, there is the Black Bird speaker dock which works exactly like the helmeted pig, but is meant for use with an iPad. This one costs $99.99 too! 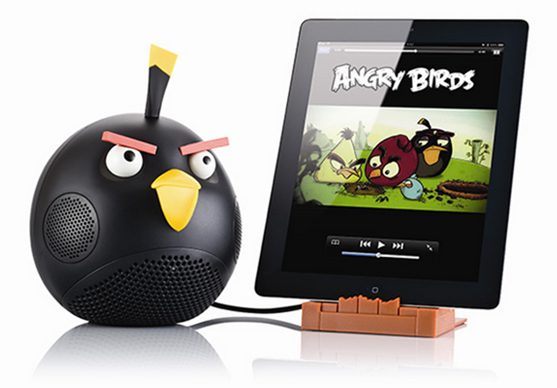 Unfortunately, as much as we figure you want to get your talons on them (pun intended), these docks aren’t available right now. Mashable states that all three docks will be available “later this fall” from Apple Stores and gear4.com, well in time for the holiday season.

If you know someone who likes Angry Birds and has an iPhone/iPod touch or iPad then this is something we’re sure they’d love to see  under the tree in Christmas.