Get OS X Lion Launchpad On Windows With XLaunchpad

OS X and Windows are two quite different operating systems with very opposite agendas. Similarly however, both are currently nearing a stage of mass transition, with elements and influences from mobile devices playing a key part in the respective futures of each.

Windows is going all Metro, with a clean-cut, sharp-cornered UI which has certainly been given the consumer ‘seal of approval’ after the recent Consumer Preview roll-out. In an unprecedented move from the Redmond-based company, Windows 8 will be deeply integrated with its popular Xbox games console, as well as its mobile OS, which is picking up pace despite the obvious dominance of the App Store and recently-renamed Google Play Store.

Shortly before the Consumer Preview of the forthcoming Windows 8, Apple showcased its own new entry – set to be released just a year after last July’s download-only release of Lion. The new iteration, called Mountain Lion, incorporates the successful features of iOS and intertwines them with OS X, creating a very new – very promising – experience for all concerned.

There’s little doubt that although Windows leads the way in terms of installed numbers (between 80-90%), Apple’s operating systems are leaving a strong impression on the digital market as a whole. The fact that a large portion of iPad owners run Windows as their man computer speaks volumes for the popularity of Apple’s software. 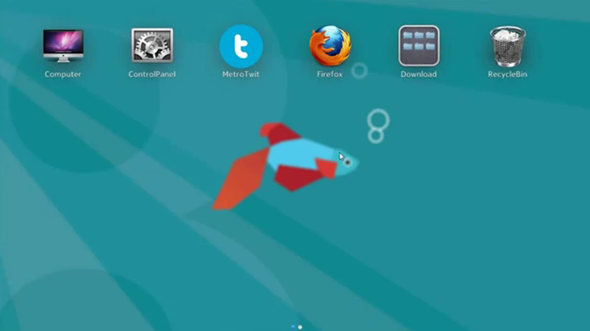 If you’re a Windows user, and you want to nab one of the many great OS X features for your desktop, you can have yourself the Mac Launchpad without having to actually purchase a Mac. How? Well, a nifty little tool called XLaunchpad brings a Mac-Like Launchpad to Windows, and as you can see from the video below, it works rather well:

As you can see, it runs nice and smoothly, and will work with Windows 7, or if you have the Consumer Preview of Windows 8 installed, that too. It’s free, which is always a great bonus, although having tested it, it does take some getting used to.

If you want to give it a go, download it from the link below, and be sure to let us know what you think of it via Google+ or Facebook!