CyanogenMod is, as most Android enthusiasts will know, the most popular custom ROM for rooted devices. It is popular because of its roots in open-source Android, lack of bloatware, customizability and, of course, unique features that can’t be found elsewhere.

The latest stable release of CyanogenMod is v7.1, which is based on Android 2.3.7 Gingerbread. Its next major release, v9.0 based on Android 4.0.3 Ice Cream Sandwich is currently being developed. CM9 is set to have unique features like an all-new Music app, a powerful new launcher and, according to a post over on their Google+ profile, an all new way to multitask on tablets. Check it out after the jump. 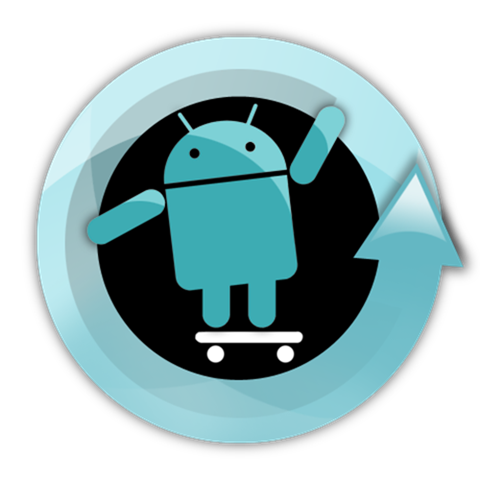 The news comes from Android Police – a popular blog dedicated to covering all things Android – in the form of a post in which they discuss the exciting new multitasking technology that is now expected to be incorporated into CM9, citing the CM team’s post on Google+.

Tablets today are getting closer and closer to desktop-level performance: they come with multi-core processors*, advanced graphics and lots of screen space.

These computers, despite being so powerful and technically capable of it, suck at true multitasking. Both on the iPad and Android tablets, you can only have one app open on your screen at a time and when you try doing multiple tasks at once, like browsing, checking emails, watching a video etc., it becomes pretty cumbersome because of the time it takes to shift between apps. 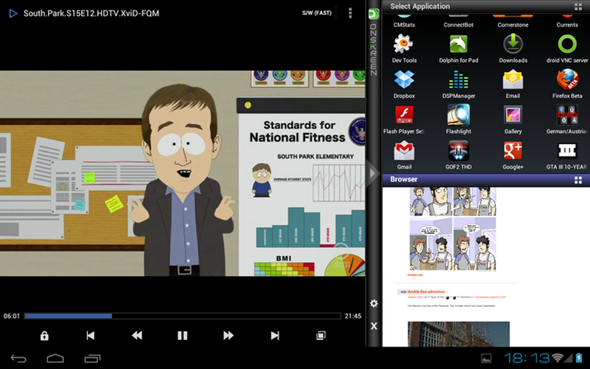 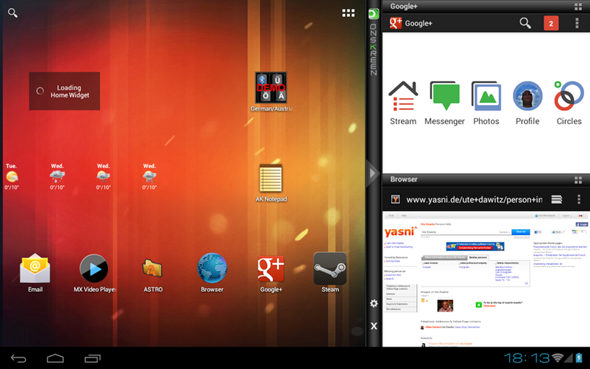 A bunch of developers saw this issue and came up with a solution: Cornerstone is an open-source plugin for Android that provides the sort of multitasking that desktop OSes provide. Once you install it, you see a vertical bar along your screen which you can pull to reveal live apps that you can interact with without getting out of your current app. It’s similar in concept to Aero Snap on Windows 7 which lets you snap app windows left and right so you can work in multiple windows at once.

CyanogenMod is, understandably, interested in bringing over this unique functionality to their ROM. They say its “experimental” at the moment and “not guaranteed” to be mainlined into CM until they can get it to work perfectly with other apps, so don’t get your hopes too high.

*These processors are based on a different architecture than desktop-class chips so it is a little unfair to compare them directly. Still, if you look in terms of functionality that these tablets provide, it is most certainly nearing desktops and laptops.