The developers behind BiteSMS app have come up with a new app in Cydia called SwitcherPlus which enables you to switch between your multitaskable apps right from your iPhone or iPod touch’s lockscreen. This is the same native task switcher which comes with iOS 4.x for iPhone 4, 3GS and the 3rd-gen iPod touch. All what SwitcherPlus does is to enable the functionality in lockscreen so that you can use it without having to unlock your phone. 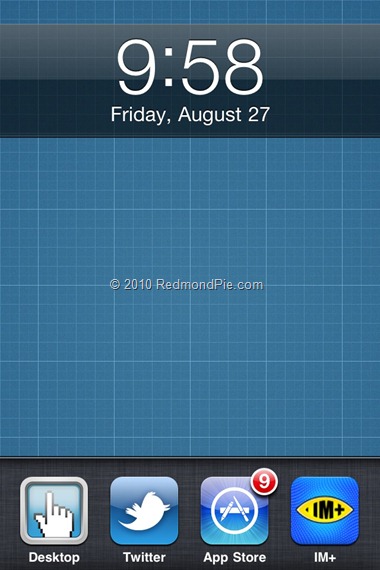 SwitcherPlus is currently in beta testing stages. Apart from the feature, it offers tons of other useful customizations:

Added a really COOL “Kill Prior” feature in the “Wobble Kill” mode.

Added new “Torch Light” feature (configured via favs) so you can very quickly turn on / off the LED light – long hold also strobes just for fun.

The favs feature is now configurable for both lock and unlock modes.

Added a separator bar between fav apps and running apps.

For those who don’t want SwitcherPlus active in the lock mode, you can now configure this.

Fixed all known bugs, except the “spam home button in lock screen can cause screen to lock” bug.

You will of course need to have a jailbroken iPhone or iPod touch to install it. Follow our step by step guide posted here to jailbreak your iPhone, iPad or iPod touch with JailbreakMe if you haven’t already.

Public beta of SwticherPlus can be downloaded from http://www.switcherplus.com/cydia/spbeta1.0 repository. Simply add this repo in Cydia and search for “SwitcherPlus” to install the app.