Earlier today, an Apple Store was robbed in San Diego, California by two guys dressed up in jeans and hoodies. They smashed into the store late at night and took away a dozen iPhones which were on display. Since there wasn’t anyone around at that time, no one was injured. 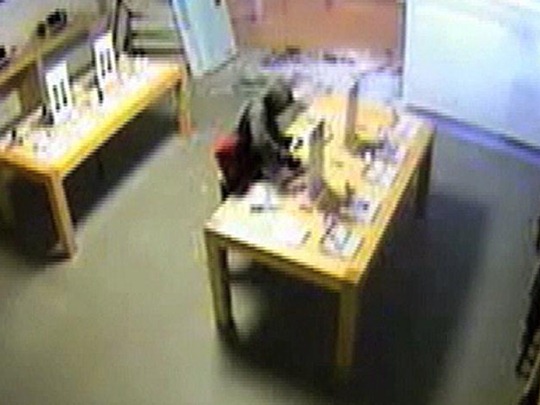 According to 10News, they broke into the Apple Store situated in University Towne Center shopping mall in San Diego, California at 4:20 AM in the morning, and stole about 12 iPhone 4s and 3GS’ which were on display. They entered the store by smashing the main glass door into pieces, as can also be seen in the images attached below. 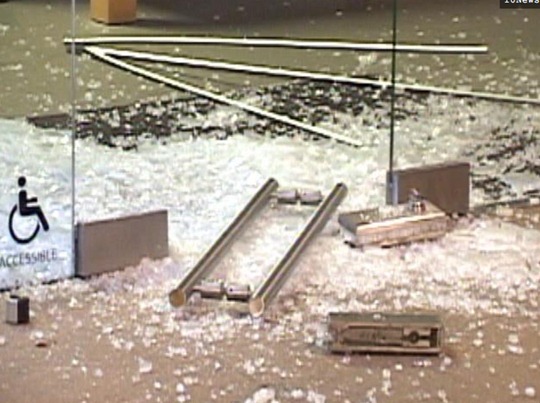 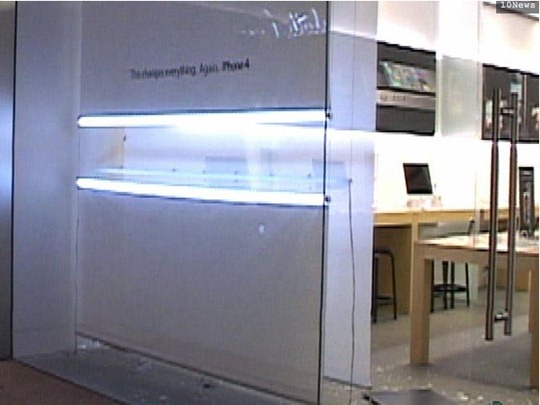 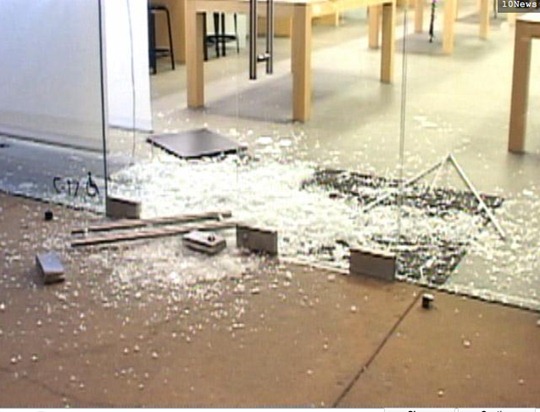 The investigation must be underway by now, however there is no further news on who was involved. It is also very strange to note that apart from the iPhones, nothing else was taken. Seems like these kids in jeans and hoodies were only after the iPhone 4? duh. [via 9to5Mac]