Apple’s Special Media Event: Preparation for the Launch of Next iPod touch 4 Begins in San Francisco

Apple has started hanging banners outside San Francisco’s Yerba Buena Center for the Arts Theater in preparation for the upcoming “Special Event” which will be held on September 1st, here in San Francisco. The large musical guitar banner which you can see in the images below hints towards a music-related event, as it has been for the last few years. 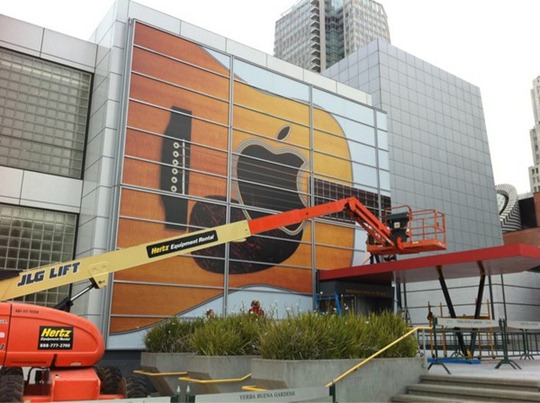 We can expect Apple to announce new iPod touch 4 with FaceTime, the rumored touch-screen based iPod nano, iTunes in Cloud, the new Apple TV (dubbed as iTV), iOS 4.1 for iPhones and iPod touches and iOS 4 for iPad. There might be some news related to availability of white iPhone 4 which has been delayed twice for “until later this year”. 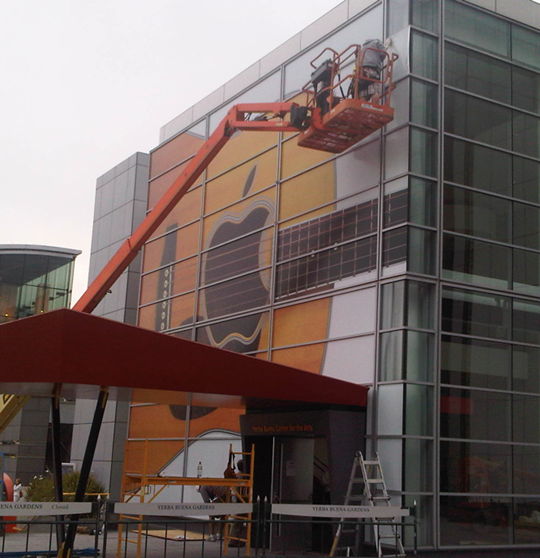 We will of course be covering all the stories from the event as they happen. Stay tuned as we will be bringing you all the updates Live next Wednesday!