So the Digg v4 was launched yesterday. A monster full of bugs as if no testing was done before it was made available to public on a busy day at a busy hour. Bugs weren’t the only thing which made me think that way, everything about new digg seems like it was never tested.

I have been very active on Digg for a very long time and below are my finding about what I think is wrong with the new digg. 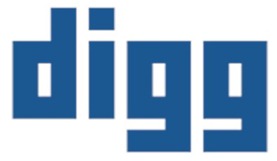 1. My News is full of uninteresting stories and spam

Spamming Digg has never been this easy. In fact that’s the only thing I actually saw in "My News". "My News" is cluttered with the stories that the people you have been following either submitted or dugg. In terms of old digg, you could consider it something like Recommendations Engine. But, it’s different. Recommendations Engine picked up the stories which could be of interest to you from upcoming (stories submitted within 24 hours) while "My News" shows stories even from 10 days ago, if it’s recently dugg by a following digger.

Everyone hates duplicates, and everyone hates them more if they both make it to front page and it gets even nauseous if you don’t have the ability to bury one of those. While Digg v3 had a bad duplicate detector, at least it had it. And to make sure, I’d check all the submissions from that specific category by sorting them by most dugg, to make sure there is no submission about that already in the upcoming section which is of course impossible to do now. I could see a story running as much as 5 times today since there is no real way to detect duplication.

3. RSS submissions sure is a bad idea

With auto-rss-submissions, My News gets even more cluttered with blogs like Gizmodo publishing as much as 70 entries a day while it’s certain that all of them weren’t supposed to be submitted to Digg. It gets worse if you are following a news source because they publish hundreds of stories a day.

With auto submissions, the title, description and categories are auto chosen too. Taking that into consideration, how would this top 10 lists blog auto submit the content and into what category?

Digg has also let other social news sites like Reddit to have their official accounts to auto submit content hence resulting in more and more spam and duplicates. While browsing My News, to see a gif, I had to click on Digg’s link to reach Reddit’s link to reach the gif.

Just to have visualization of what I’m saying, see the image below and count out the submissions by Hongkiat. [via FastRocker8]

"The term social news refers to websites where users submit and vote on news stories or other links, thus determining which links are presented." – Wikipedia

While users can still submit stories to new Digg, publishers are now auto-submitting a lot more stories without contributing to community in anyway hence stealing the social factor from it.

5. Most stories have limited impact and life

An active user with over 2000 followers could get as much as 300 diggs on an interesting story before getting popular which has now been decreased to 15-30 diggs. There is no real way for you to find interesting upcoming stories except that you get lucky and they appear in "My News" exactly at the time when you check it out.

Earlier, users could browse upcoming stories via categories and even subcategories and then sort them by recent, most dugg or most matched. There were plenty ways to find out good content to digg from the upcoming section.

Luck and timings are the only ways you can find an interesting story to digg now.

Itchy Trigger was implemented to prevent users from digging more than 300 stories in 24 hours time span. This has been made more harsh by adding complete activity ban including submissions and comments which was before limited to digging alone. [via Msaleem]

7. No easy way to know what your friends are submitting

You can’t subscribe to a user’s submission feed anymore, which is something most of the active digg users like to do. I for example, love the submissions by MrBabyMan and LtGenPanda and would always want to check those out but I can’t. All I can now subscribe to are the stories dugg by them which is a whole lot of clutter I don’t want to get into.

8. Fewer opportunities for independent publishers and more for mainstream media

Digg with the launch of v4 has taken power from users for unknown reasons and transferred it to the mainstream publishers. As I write this, MrBabyMan, the most influential user on Digg who joined Digg in December 2005 has 19,674 fans while the publisher "Engadget" already has 25,647 fans in a month or so. Which means Engadget has more influence than the most powerful digger.

To hear more comments on Digg v4 by the top digg users: MrBabyMan, Msaleem and 0boy, it is highly recommended that you check out the video embedded below.

This is a guest post by Hamad for RedmondPie.com. He writes full-time at RewriteTech.