Wow! There is some great work being done in the jailbreaking community for the newly released iPad 3G. The infamous iPhone Dev Team has managed to send SMS text messages from iPad 3G using command line terminal. Even though it is early in development (no GUI), it still gets to show one of the many possibilities that you can get using a jailbroken iDevice. 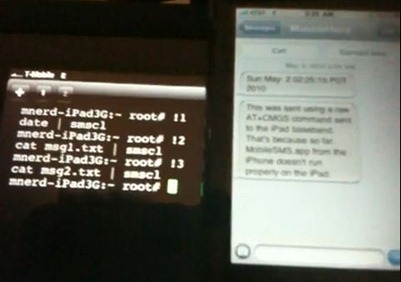 Here is a video which demonstrates an iPad 3G, sending a text message via AT&T SIM plan over to an iPhone.

So is phone calling coming in next? You bet! [via YouTube]