Last time we wrote about “Android on iPhone” bits was when hackers had successfully ported Android to an iPhone 2G. We also posted a complete step by step guide on how to install it on a jailbroken 2G. But the problem was that it was only for the iPhone 2G, not for the 3G version which is more widely used now than the original iPhone EDGE model. 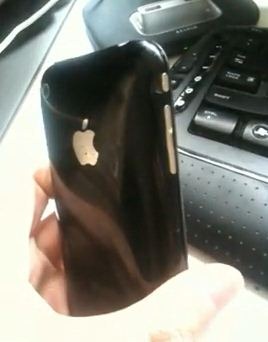 Things are shaping out to be quite good for the Android on iPhone 3G. It wont be long before we see full blown version of Android running on iPhone 3G. The hackers/developers have already finished writing up a multi-touch driver for the iPhone, which would open a gateway for multi-touch support on Android in iPhone. According to the blog post:

I finished writing a driver for the Zephyr2 on the iPhone. It’s the same multi-touch solution that Apple has used starting from the first generation iPod touch and up to and including the iPad.

Now, of course this shouldn’t be construed as a promise to support the iPad eventually, but this multi-touch driver is definitely a concrete milestone that is important for pretty much all of Apple’s mobile Internet devices.

And here is a video of it in action.

The video demonstrates how the driver is responding to multiple finger inputs on the iPhone’s screen, and quite frankly we’re really impressed with the work and time that he’s putting in to get it to work. Things are shaping out very well, lets hope we get to see Android on iPhone 3G soon. We’ll keep you updated on this one! Stay tuned! [via Linux on the iPhone]