Roughly 25% Of CS:GO, Dota 2, LoL Fans Are Esports Viewers Only

There was a time not too long ago when watching other people play games was, by and large, seen as an absurd idea for a pastime, but with video game streaming and esports as prolific as they are today, that perception has steadily changed.

In fact, if a report by games and esports analytics company Newzoo (via PCGamesN) is to be given weight, a sizeable portion of the community is spending more time watching games than playing them. 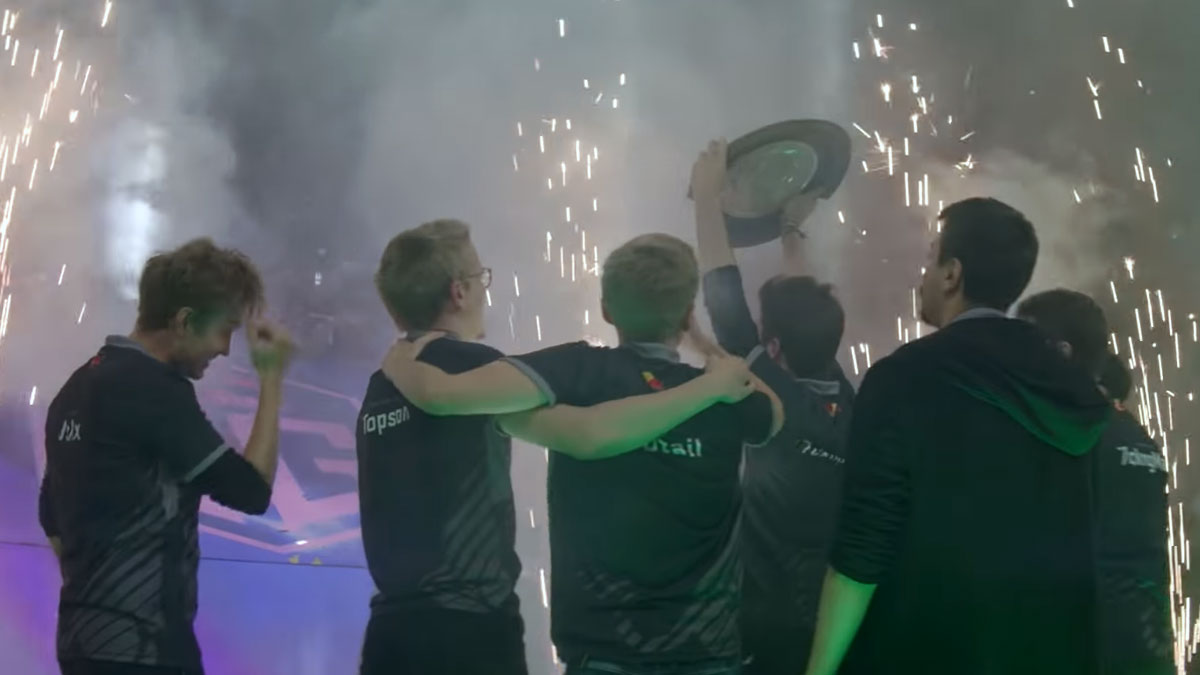 The report showcases viewership and playtime analytics for top esports titles, alleging that a significant percentage of fans are esports viewers only, meaning they are only watching professional competitions and do not actually play the games.

Of the games mentioned, League of Legends had the highest percentage of players who are viewers only, at 26%, followed by Dota 2 at 24%, and Counter Strike: Global Offensive at 23%.

Given the time these titles have been around, it isn’t surprising that interest in the games themselves has died down over time, though younger games the likes of Overwatch and the China’s popular Honor of Kings mobile game seem to be headed in the same direction, with 17% of their fan-base exclusively spectating.

Interestingly, Dota 2 and CS: GO aren’t far behind Overwatch when it comes to percentage of fans who are players only while LoL and Honor of Kings lead the pack for share of fans who are both players and esports viewers. 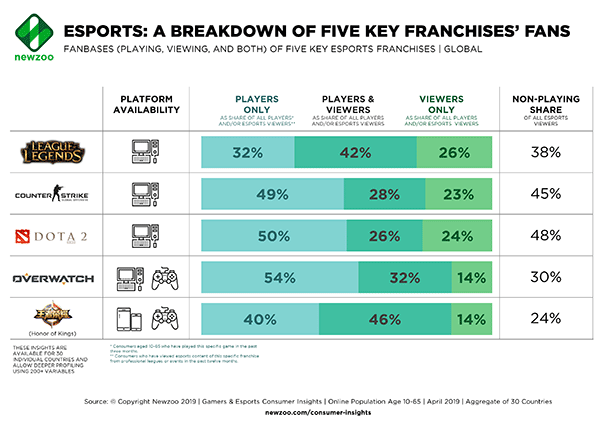 You can view Newzoo’s full report at the source link below.