A new iPhone 8 report has made its way onto the world wide web, claiming Apple is currently in the process of testing two different configurations with respect to the Touch ID sensor.

After sketchy schematics leaked suggested that the Cupertino-based company was about to launch iPhone 8 with the Touch ID sensor moved to the back of the device, this report and resultant renders from iDrop News suggests that Tim Cook’s company is currently testing two models, one with Touch ID relocated, and one with the sensor embedded into the display.

It’s certainly not unusual for companies like Apple to be testing new device with multiple different configurations. The process is all about iteration, seeing what works best, and what would likely resonate the most with consumers looking to grab a new iPhone when it launches.

Citing sources internally at Foxconn – Apple’s China-based manufacturing partner – the report suggests that both device versions offer pros and cons, but that it is “highly-likely” that Apple will ultimately launch with the version of iPhone 8 containing the Touch ID sensor magically embedded into the display.

A number of previous reports have suggested that Apple will be removing the Home button from the device in favor of a virtual option, and will therefore be looking to embed the Touch ID sensor into the display in one form or another. A number of Apple patents have pointed to the fact that the company at least has an idea of how to go about doing this. However, the earlier leaked schematic was the first document to suggest that Touch ID could be relocated to the rear of the device, just like how it’s found on a number of popular Android devices. 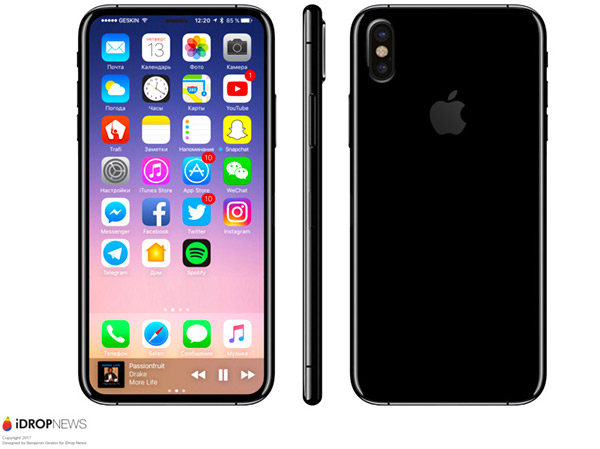 In addition to talking about Touch ID, the report also suggests that iPhone 8 will ship with 4mm bezels all around the new 5.8-inch OLED display. There’s also a suggestion that the front-facing camera will be invisible to the naked eye, tucked away under the glass of the device, which would make sense if the 4mm bezel prediction is accurate. 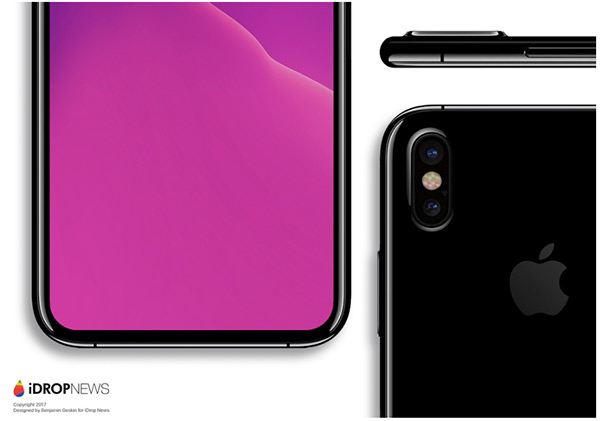 Sources also expect Apple to make iPhone 8 the first iPhone to come equipped with wireless charging, which is a rumor we have heard time and time again over the last few months.