Former CS:GO pro and popular Twitch streamer Mike “Shroud” Grzesiek took to Twitter today to announce his move to Mixer. Grzesiek is the second big Twitch name that Microsoft’s streaming platform has been able to convert in the past three months, with the company already having signed an exclusive streaming deal with its rival’s top streamer, Tyler “Ninja” Blevins, back in August.

For a limited time, Mixer viewers can claim a free one-month subscription to Shroud’s new channel, which affords ad-free viewing and chat emotes. At the time of writing, the streamer is kicking off his maiden Mixer broadcast moments before the release of Call of Duty: Modern Warfare, with over 70k viewers having tuned in at one point and over 230k followers already in the bank. 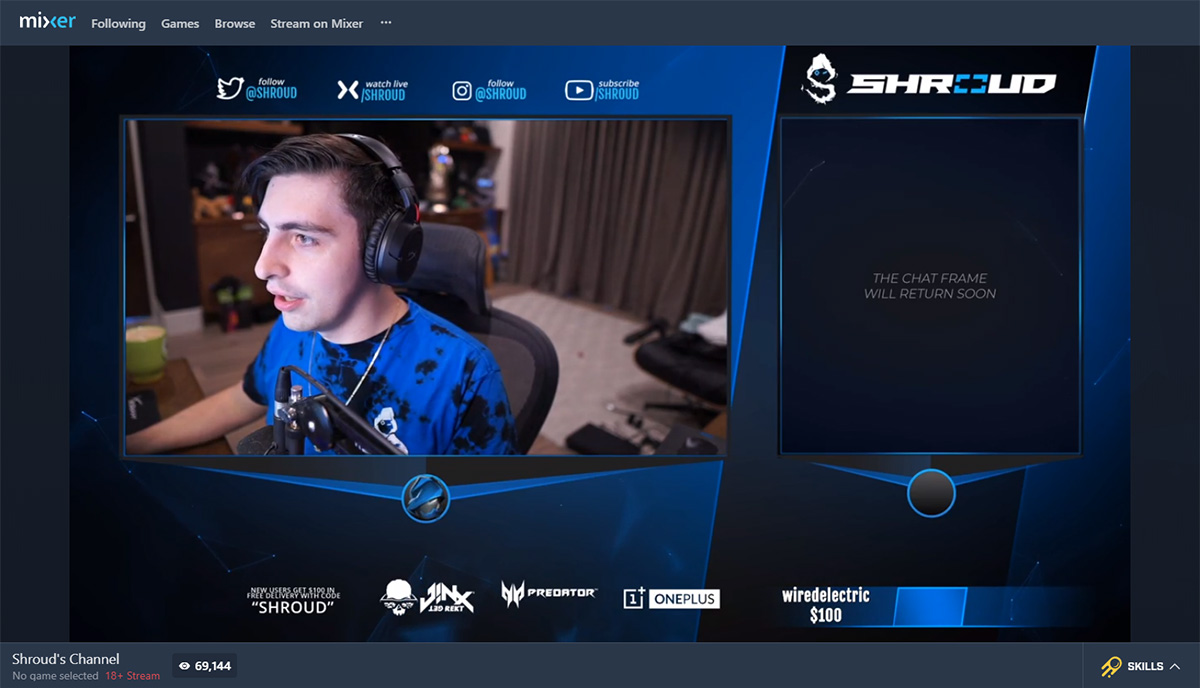 Apart from the clout that the streamer is likely to bring with him to the platform, the incentive here for Mixer is the diversification of its viewer-base. Streamlabs’ Q3 2019 streaming industry report revealed that Ninja’s move to Mixer may not have been as big of a boon for the company as it might have hoped. While the hours streamed on the platform tripled and the number of unique channels doubled quarter over quarter, the hours watched actually dropped after the Fortnite streamer’s migration.

With Shroud, Mixer is likely hoping to attract a different mix of viewers. While Grzesiek too has dabbled in Fortnite, his forte is a mix of variety and skill. The streamer is an absolute devil with a virtual gun in a myriad of shooter games, with Apex Legends taking much of time following the release of its third season, and has been seen putting countless hours into MMORPGs the likes of World of Warcraft and Elder Scrolls Online.

Of course, only time will tell whether Shroud “making moves,” as he says in his announcement video, proves to be a game changer for Mixer.