After a couple weeks of in-game foreshadowing that began after the Apex Legends Preseason Invitational tournament kicked off, developer Respawn finally announced a release date for Season 3 last week while also revealing the heavily leaked new legend Crypto, complementing the announcement with a short animated film that offers a bit of backstory for the character. Today, the studio took to social media to share a cinematic trailer for Season 3 itself, and it comes with a surprise.

The trailer showcases an all-new map for the game called World’s Edge. While Respawn has made small changes to the original map, King’s Canyon, over the eight months that the game has been around, this is the first time that a new arena has been announced. 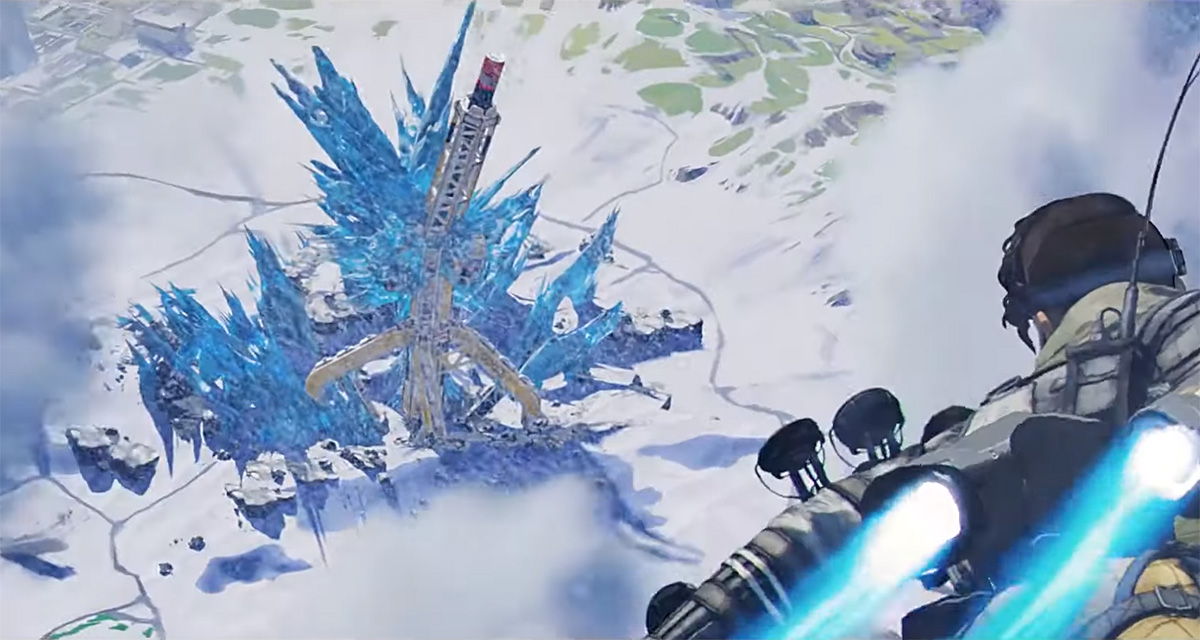 The trailer does a good job hinting at what to expect from the new map, showing a mix of lava, ice, and water geysers, with a train running through it all. At this point, though, it’s hard to say how that would translate to actual gameplay. For now, all we can do is soak in the banter between our favorite legends and the unlikely camaraderie between the new guy and hacker extraordinaire, Crypto, and our favorite unintentional comic from the Outlands, Mirage.

Welcome to World’s Edge, a new Apex Legends map where molten heat and chemical ice collide. Join our cast of Legends – including the newest Legend, Crypto – on the dropship as they’re whisked from Planet Solace towards World’s Edge on Planet Talos.

It all ties in quite well with Crypto’s recent King’s Canyon cameo and the aforementioned “Stories from the Outlands” short, all the way back to the intro for Season 2. The new trailer sees Mirage talking about the arena having been moved to another planet after someone took “the tower” down.

“I’ve been saying all along we needed a change of scenery,” he says. That we did, Mirage.

Season 3 “Meltdown” releases October 1st, and apart from the new map and playable character, will bring with it a refreshed battle pass, Series 2 of ranked matchmaking, and an all-new weapon called the Charge Rifle.