You can now download iOS 13.1.3 and iPadOS 13.1.3 IPSW links and OTA update for a compatible iPhone and iPad device. Here are the details on it.

Just when you think you can predict Apple’s behavior! Tim Cook’s Cupertino-based company has surprised us once again with the immediate release of iOS 13.1.3 and iPadOS 13.1.3 offering a number of bug fixes and improvements. The update is available to download right now for all compatible iPhone and iPad owners. 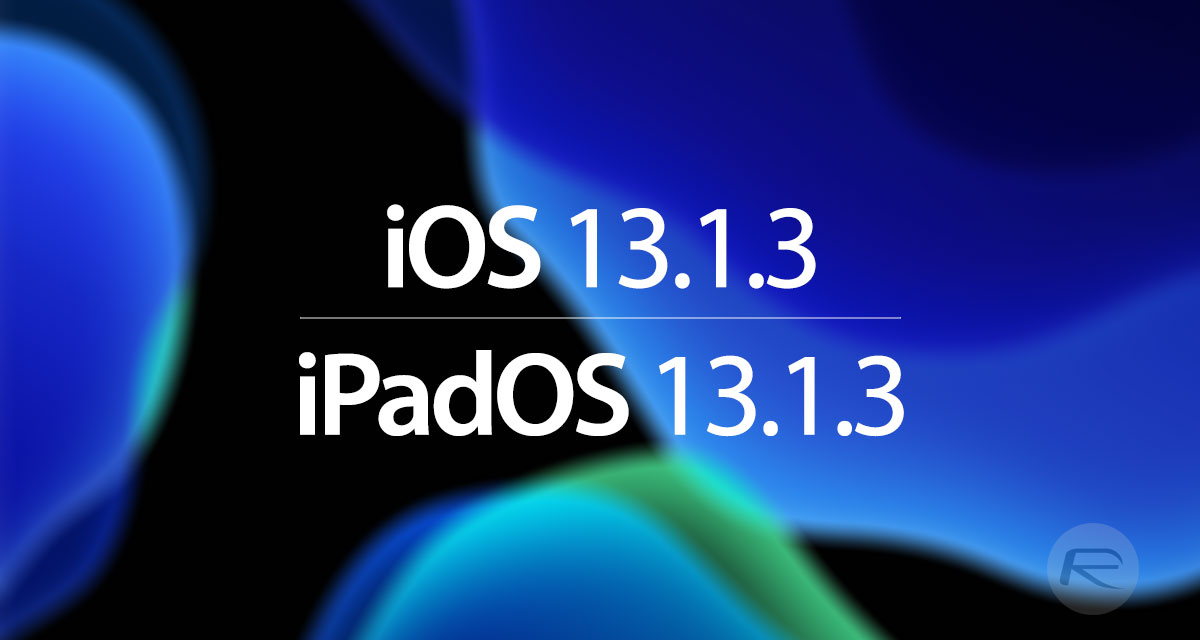 It is probably fair to suggest that Apple has hadn’t what they would like to call a smooth run as far as the release of iOS 13 and iPadOS 13 are concerned. Not only did the company had to remove features planned for the initial release but it also had to delay the release of iPadOS 13 and then push out a number of point releases to fix issues. This seed of iOS 13.1.3 and iPadOS 13.1.3 follows that same trend and is offered to hardware owners as a way of fixing some known issues with both firmware versions.

Apple has often waxed lyrical about both iOS 13 and iPadOS 13 and the features and functionality which are exposed. However, a simple and quick search on social media sites like Twitter will quickly confirm that iPhone and iPad owners aren’t exactly happy with the stability of Apple’s latest major release. There has been a general feeling that it is quite “broken” in many areas and that it perhaps shouldn’t have gone to production. With that said, what’s done is done and at least Apple is firing quick point updates such as this one to try and fix the issues as quickly as it possibly can.

If you have been having problems with any version of iOS 13 or iPadOS 13, then it’s possible that this latest release could fix those issues for you. To install this update via an over-the-air process, simply head over to Settings > General > Software Update section of the device itself and grab the update from there.

If you prefer, you can grab the IPSW download link for your specific device from the list below and then update using Finder or Mac or iTunes on Windows.