Pokemon Go Gen 2 Release Date Tipped In Yet Another Leak

Yet another leak points to a potential release date for upcoming Pokemon Go Gen 2 update. Here are the details on the leak.

It seems that leaks about Pokemon Go updates are a thing these days, and a couple of weeks after one such leak by a supposed Starbucks employee claimed that a new version of the game with Generation 2 creatures was on the way, we now have the closest thing to a confirmation that the leak was accurate. Amazingly though, that confirmation comes by the way of another leak, and again, it appears to be coming via Starbucks. The difference this time around? The leak came via the official Starbucks website. 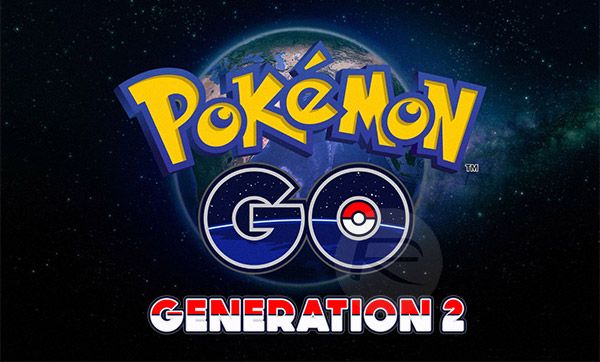 The new leak comes as Starbucks updates its retail website to highlight upcoming events at stores throughout the United States. These events, tied to coincide with “version 2” of the Pokemon Go game and set to kick off December 8th, sees the vast majority of stores become either Gyms or PokeStops to mark the release of the updated game.

A handful of stores do not appear to be participating however, for reasons we can’t quite fathom. As part of the promotion, Starbucks stores will also offer a promotional Pokemon Go Frappuccino, which is sure to set tongues wagging.

At this point, it would appear that there is far too much smoke for there not to be a fire somewhere. Starbucks is clearly getting ready to promote Pokemon Go and whilst it prematurely shared those details with the world via its own website, we’re sure all will be forgotten if the update receives favorable reviews and Starbucks sells lots of coffee. Pokemon and coffee. What more could anyone need?

As part of the update, which is still yet to be confirmed by either Nintendo or Niantic, gamers are expected to be faced with over 100 new Pokemon to collect. This was already leaked following the discovery of code within the game that mentions them. 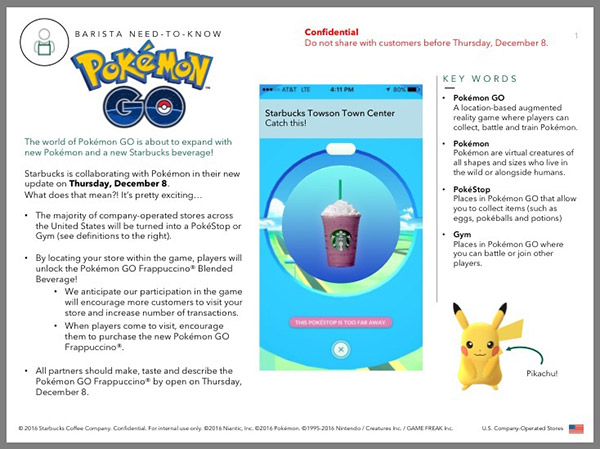 Tie that in with Starbucks’ claims of new Pokemon being on their way and December 8th looks a good bet for being the day Generation 2 finally drops. 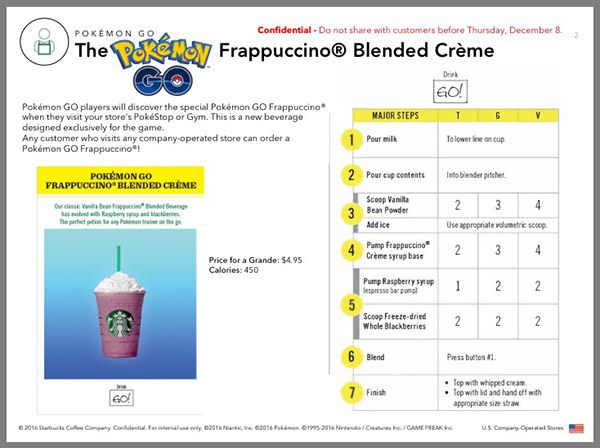