Pokemon Go team has confirmed delayed loading issue in the game. While the permanent fix is being worked on, the team has suggested workaround for the time being. Here’s what you need to know.

Nintendo and Niantic’s Pokemon Go may not be the huge phenomenon that it was a few months ago, but it still has a healthy fanbase that continues to roam the streets looking to pick up that rare Pokemon before anyone else can. The game is still hugely popular the world over, so when gamers start to experience problems during their Pokemon hunting, Niantic is sure to hear about it.

That’s exactly what is happening right now, with many Pokemon Go fans reporting that they are experiencing an issue with the game that causes delayed loading. Nobody likes latency, especially when they’re trying to “catch ’em all!”

In an attempt to get out ahead of the story before the world, or at least the internet, goes into full blown meltdown mode, Pokemon Go team has sought to quell fears that the game is hosed for good by letting the user-base know that developers are aware of the issue and that a fix is being worked on. The other good news is that there’s a workaround that users can follow in order to get things moving. The bad news? That workaround is simply restarting the game.

Trainers, there is a known bug causing delayed loading. We are working on a fix. As a workaround, you can restart the app in order to play.

As far as workarounds go, that’s one of the biggest cop-outs going, but if it does make the game playable again, then it’s certainly better than nothing. A real fix is preferable though, so here’s hoping the developers at Niantic have their thinking caps on for this one. 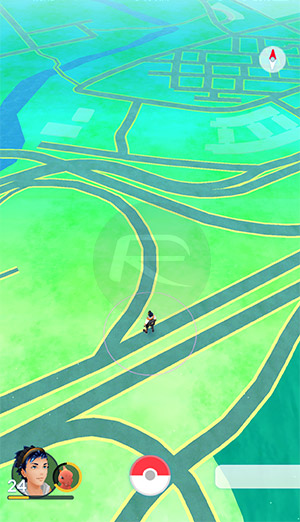 Screenshot showing possible delayed loading, where PokeStops and Gyms fail to load on the map while nearby Pokemon aren’t visible within the tracker

It is possible that the delay so far has been due to the Generation 2 update rumored to be just around the corner. Now that the developers have tweeted out an acknowledgement of the issue, we’re sure a fix will arrive soon enough.