Today, the tech headlines have been dominated by Apple’s major new launches, and as expected, the whole world is talking not only about the new iPhones, but also the Apple Watch. To supplement the announcement, the Cupertino giant has added a grand total of nine new videos to its YouTube page outlining the new products, and here, we take a closer look. 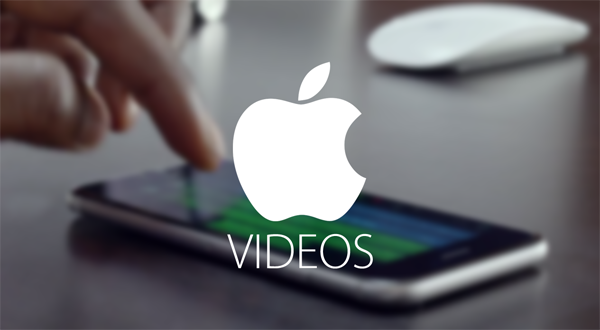 The iPhone 6, with its 4.7-inch display, would ordinarily be considered the flagship. Given that it’s expected to sell in much higher numbers than the 5.5-inch iPhone 6 Plus, it is the flagship in this regard. But while it may have been somewhat upstaged by its more sizeable counterpart, the iPhone 6 includes most of the same internals, including the new A8 processor that Apple claims is 25% faster than the A7 bundled inside the iPhone 5s.

Most of the iPhone-related clips are short and talk of the iPhone 6 and 6 Plus in the same regard. There’s the ‘Health’ ad, which talks about all of the health-related features and functions baked into the software of the latest and greatest models:

Then there’s the ‘Duo’ ad, which, aside from some rather crass, amateurish humming in the background, showcases some eye-catching features of both devices.

The iPhone 6 Plus wasn’t much of a surprise given the array of leaks we had seen in the build-up, but while Apple likes to portray both new models as partners in crime, one has inherently more fire-power. With a better battery life – Apple claims the iPhone 6 Plus offers 24 hours of talk time over 3G – it’s built for productivity, and with an iPad-like interface throughout, those accustomed to using apps like iWork will see the iPhone 6 Plus as the device to own.

Even if you don’t typically use your iPhone for work, the fact that it includes optical image stabilization – something that the iPhone 6 lacks – will mean that the 8-megapixel iSight produces better shots by and large, and so while it may be a more expensive acquisition, it is notably better than the 4.7-inch model.

In its ad campaign championing both devices, it also rolled out a clip entitled ‘Seamless’, showcasing the smooth nature of operation:

For those seeking an overview of the iPhone 6 and the iPhone 6 Plus, the ‘Introducing’ clip offers a six-minute run-down of some of the key aspects.

What we previously thought would be named ‘iWatch’ was launched as the Apple Watch, and from the onset of the announcement, it was abundantly clear that the series of three has been designed with health and fitness in mind. With a rich ecosystem that the Cupertino giant has clearly worked tirelessly in developing, Apple Watch won’t launch until early next year, although Tim Cook does ensure the world that it “will be worth the wait.”

The purpose of today’s announcement of the Apple Watch was, quite simply, to say “don’t buy Android Wear, a Pebble or anything that Samsung or Sony is planning.”

You can check out the ‘Reveal’ video of the Apple Watch followed by an introductory clip. Both are embedded below.

There’s also a ‘Perspective’ clip that you might have seen at the keynote address, and in once again championing its relationship with U2, you can also relive the ‘Echoes’ clip.

It’s been one helluva day for Apple fans far and wide, and if you happened to miss most of today’s proceedings, the above videos offer an abridged run-through of an event that spanned two or so hours.

The fall-out from today’s event is only just commencing, so stay tuned for more iPhone and Apple Watch-related reports over the coming days!