Official Facebook App For iPad: Here’s How To Install It Right Now [Tutorial]

Folks! The Facebook for iPad app is real. It is actually hidden inside the recently updated Facebook for iPhone app. And here’s how you can install it on your own iPad right now. 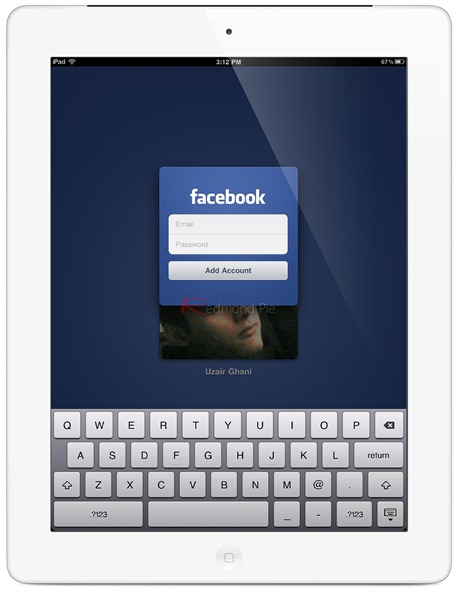 Facebook recently pushed out version 3.4.4 for iPhone which according to official change log only fixed bugs and improved performance. But as uncovered by TechCrunch today, this new version of Facebook for iPhone app also has the code necessary to execute the soon-to-be-released official Facebook for iPad app.

Last month, NYT reported that the release of official Facebook for iPad app is imminent. But since then, we didn’t hear much about it. Now it seems like the iPad app is very close to official release, as it was found to by lying dormant inside the recently updated Facebook for iPhone app.

Let’s get to the juicy bit now: here’s how to actually get the app working on your iPad…

Disclaimer: Follow the following steps at your own risk only. This guide is for testing & educational purposes only. Redmond Pie is not to be held responsible for any loss of important data or malfunctioning of your iPad.

You will, of course, need to have a jailbroken iPad for this to work. You can follow our step by step guide to jailbreak your iPhone, iPad or iPod touch on iOS 4.3.4 using Redsn0w or PwnageTool (iPhone, iPad, iPod touch), or iOS 4.3.3 using Redsn0w, PwnageTool, Sn0wbreeze or JailbreakMe (that last one being the easiest). If you’re already using iOS 5 beta, you can jailbreak it using tools like Redsn0w (for Mac and Windows), or Sn0wbreeze.

Step 1: Download and install the Facebook for iPhone app on your iPad from the App Store. You can go ahead and download the latest version from the link embedded at the end.

Step 2: Install iFile on your iPad. Search for it on Cydia.

Step 3: Open iFile. Go to Applications > Facebook > Facebook.app. You will find a file named “Info.plist” inside. Open it up and tap on Property List Viewer. 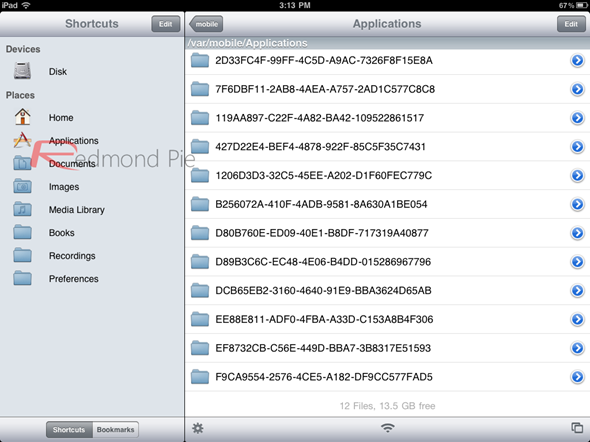 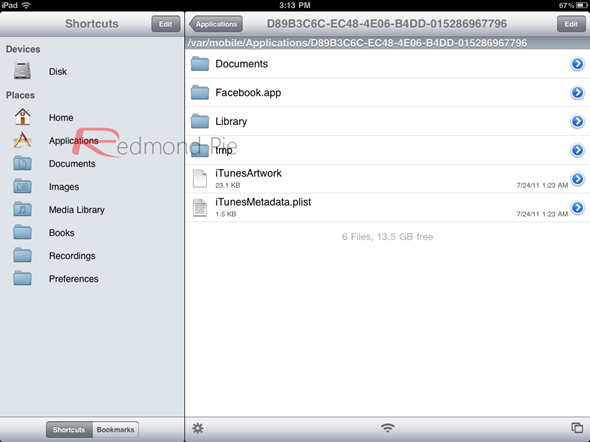 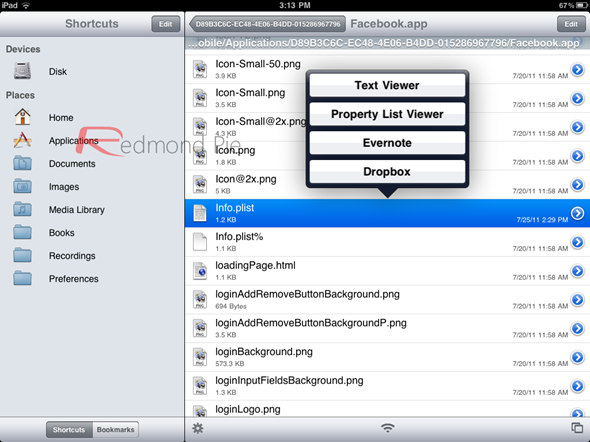 Step 4: Scroll down until you find the string of text UIDeviceFamily. Tap it. 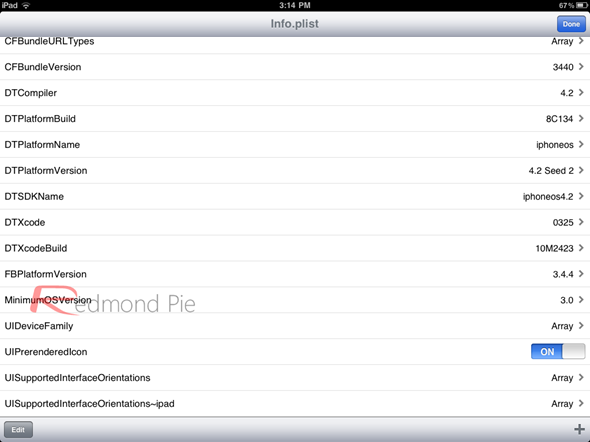 Step 5: In the upper right corner of the screen, you will notice a ticket system. Its default setting is “1”. You must change this to “2”. 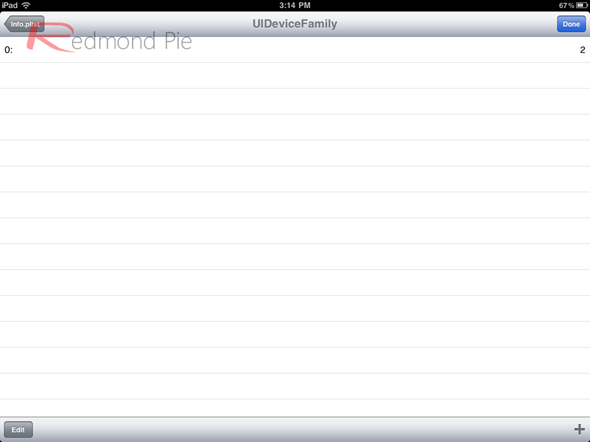 Step 6: Once you’ve changed the setting, go back to your home screen by pressing the Home button and then reboot your iPad.

That’s it! you’re done! Now when you run the Facebook app, it will start the new soon-be-released official Facebook for iPad app!

More images of the app, courtesy of TechCrunch: 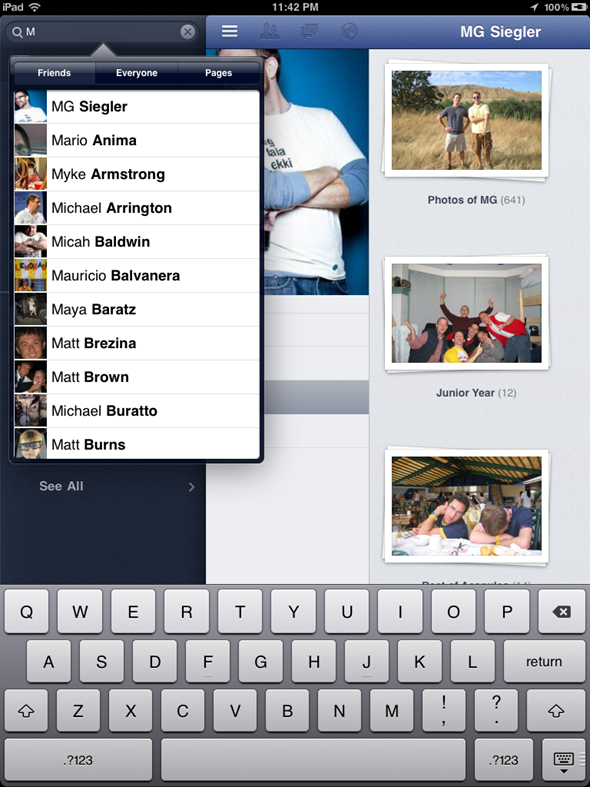 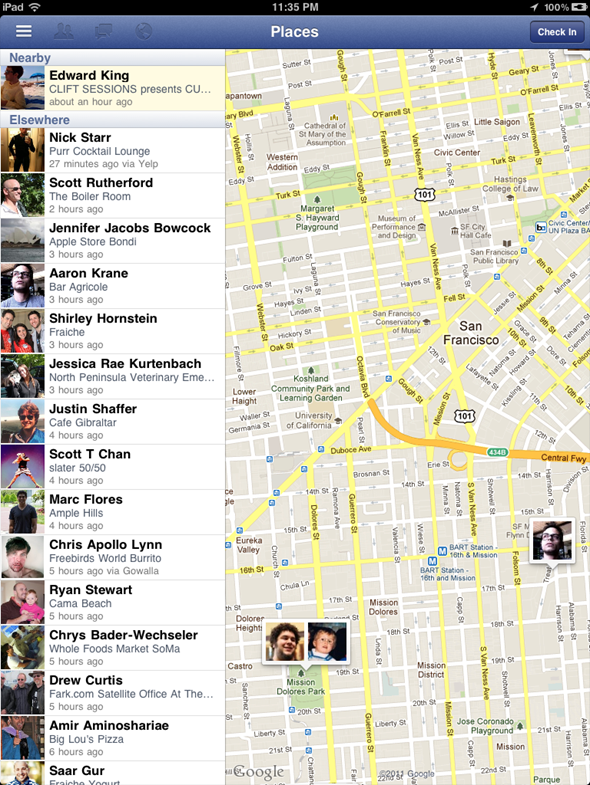 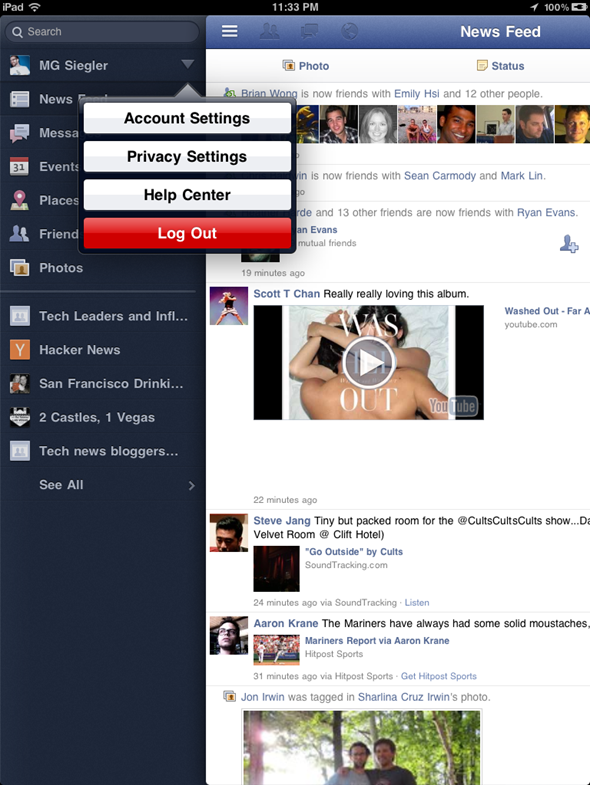