CyanogenMod 10.1 is really gaining traction, and in its quest to bring Android 4.2 to as many Android-based devices as possible, has now made nightlies available to the Galaxy S and Galaxy S III. Great news for those in ownership of either Samsung device it most certainly is, although it’s important to note that the nightly builds only cover the AT&T and T-Mobile variants of the S III.

If you’re an Android user / enthusiast, and have never dabbled in CyanogenMod thus are unfamiliar with the term "nightly," they literally imply only one days’ work has been put into any new committed code. As such, bugs tend to be aplenty as few tests have usually been run, and if you consider an Alpha or Beta release to be something of a challenge, they’re polished in comparison to the nightly builds. 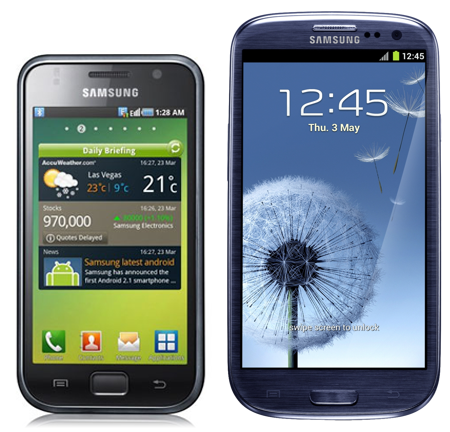 The instability is an off-put to most, and nightlies only usually tend to be favored by those who enjoy the developmental side of things. If you’re looking to enhance the user experience, you’ll want an earlier, altogether stable release of CyanogenMod. However, if you have a spare Galaxy S or Galaxy S III lying around, then you can now enjoy the topsy-turvy experience of installing nightly builds.

Despite having been around for a while and seen two subsequent models rise to prominence, the it’s good to see the original Galaxy S is still getting some love from the Android community. The buttery smoothness of the Galaxy S III is a world away from the very first in Samsung’s flagship smartphone series, yet despite its age, the device is still a lot of fun, and those whom like to mess around with CyanogenMod can still do so on the antiquated handset.

As well as the Galaxy S and Galaxy S III, nightlies have also been running out for a bunch of Android tablets over the past 24 hours or so. As well as the Transformer Pad Infinity (TF700) nightlies are now also available for the Nexus 7 (grouper) and GSM Galaxy Nexus (maguro).

With builds already out there for the Nexus 4 and Nexus 10, CyanogenMod is certainly working double-time, and we’ll let you know just as soon as further devices get nightly builds.